How Flaregames found success by learning from its failures

Klaas Kersting is on the up 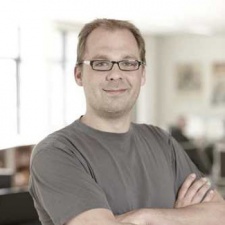 Four years ago Gameforge co-founder and CEO Klaas Kersting decided to plunge into the world of mobile gaming.

Things were rather different back then, of course.

For one thing, Kersting's startup - Flaregames - set out to make a location-based casual game.

"We just couldn't make it fun," Kersting recalls of that failure.

Not only that, his previous experience making F2P browser games at Gameforge - a studio with 400 staff and annual sales of $150 million - proved to be more of a hindrance than a help when it came to the F2P mobile games market.

"It was a classic example of The Innovator's Dilemma," Kersting says, refering to Clayton Christensen's seminal business book that explains why it's hard for successful companies in one field to leverage that success to another closely related market.

"We underestimated the learning curve to move from browser F2P to mobile F2P, especially in terms of how you have to present content for 2 minute sessions and for 30 minute sessions."

So it was back to the drawingboard although given Flaregames raised around $10 million during 2012, it had plenty of runaway.

The developer's next step was relatively more successful.

But as Kersting confesses, this too was a failure, at least commercially.

Undaunted, the company went again, building on the good bits of Royal Revolt with Royal Revolt 2, a game released in 2014.

You need significant scale and a common infrastructure to succeed in the F2P mobile market.

It generated around $2 million in its first month of release and has been the basis of the company's success to-date.

"I would do it over again," Kersting says when asked about if he has any regrets about the company's early days.

"We made the right decisions based on the information we had."

Fast-forward to 2015, it's clear Kersting and Flaregames have learned lessons quickly.

It's still operating Royal Revolt 2 and working on its own internally-developed games. But the next big change has been for Flaregames to become a publisher.

"You now need significant scale and a common infrastructure to succeed in the F2P mobile market," Kersting argues. "You can't bet on a black swan [i.e. release a single game and have a massive hit.]

"Publishing gives us the scale we need quickly."

With the reputation of building Gameforge as a backstop and the ongoing numbers from Royal Revolt 2, gaining more investment hasn't been an issue.

Flaregames raised another $12.2 million in mid-2014 to scale up its publishing operations; money it's since put to good use signing deals with: Subatomic, for the next Fieldrunners; Superweapon for Dawn of Steel; and Limbic, for Zombie Gunship Inc, amongst others.

But even in the publishing area, it's had to undergo the same learning curve it experienced with Royal Revolt.

Famously signed up in a London pub, the Remedy-developed Flaregames-published Agents of Storm wasn't a success.

"We learned we needed to get involved earlier," Kersting says.

"That creates more risk and is more expensive, but Agents of Storm was in soft launch when we signed it and it's hard to optimise a game at that stage."

More generally, Kersting reveals he's been astounded by the quality of games that are available to be published.

"There are a lot of experienced developers who need publishing infrastructure and games-as-a-service expertise," he says.

"Unfortunately a lot of those guys don't know what they don't know, and that's why they need a publisher."

Of course, Flaregames isn't the only well-funded alternative operating in this market. US companies Scopely and Tilting Point are similarly engaged.

Kersting says that Flaregames' grounding as developer gives it an edge, however.

As for what comes next, Kersting says he thinks the mobile games market is more mature than many people reckon, but there's remains strong opportunities for companies who can scale effectively.

"For many developers, having a number of top 250 top grossing games would be a nice business," he says, also noting that "there are still gaps in the mobile genre spectrum"; something Flaregames will, no doubt, be addressing in the coming months and years.

2015 in Review: Flaregames CEO Klaas Kersting on the transition from developer to publisher