2015 in Review: Superweapon president Amer Ajami on building a community 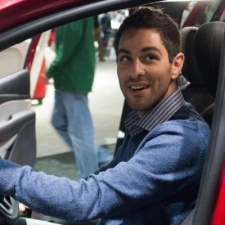 Not just to get new players or reactivate old ones, but suffocate the competition by eating up as much ad inventory as possible.

Between the three of them alone, the number is probably well over $1 billion spent annually, which is a significant increase from the year prior, and also probably means that their revenues didn’t grow at the same rate that their marketing spend (or dev budgets) increased.

We saw a sharp rise in CPI in traditional marketing channels in the last few months - more than just the seasonal trend around time of year.

We’re relying less on traditional ad networks and more on working with influencers on YouTube etc.

We know the space we operate in (strategy/action) is very competitive, so we started diversifying our marketing by thinking more broadly about how to find and engage with players.

We’re relying less on traditional ad networks and more on working with influencers on channels like YouTube, Twitch, and Mobcrush; focusing more on community outreach; and doing what we can to keep our existing players happy.

eSports is about to get very serious on mobile.

We’ve been nibbling at it around the edges, but there will be more developers - the likes of Super Evil Megacorp and Turbo Studios - who will jump head first into making games that are built from the ground up to support competitive play as a sport and include tools for easier streaming, commentating, telestrating, viewing, etc.

Blizzard already announced that they’re upping next year’s Hearthstone Championship purse to $2m, and I wouldn’t be surprised to see prizes of mobile tourneys approach that of desktop/console tournament purses very quickly thereafter.

I’m not much of a fan of infinite runners, but I loved Alto’s Adventure by Snowman. It had a simple and elegant aesthetic, great atmosphere, and its Goal system kept the game challenging and fresh for weeks on end.

My other favorite was a more recent game: Lara Croft GO by Square Enix Montreal. I feel that team really understands how to make a great mobile game, especially the single-input control scheme.

I loved how linearly they ramped the difficulty from the start to the end of the game, and I loved the art style - especially the environments.

More than anything else, though, I thought the music was the best executed part of Lara Croft GO.

My resolution this year is the same one I have every year: play more games, especially ones outside of my comfort zone.

I’m constantly worried that I’m not getting enough exposure to a great new game that some indie team is working on, and playing a wide breadth of games is the best way to do that.

The resolution I’d enforce onto the industry is to follow fewer trends and forge new ground more often.

There are tons of derivative games and me-too apps out there - we need fewer of those and more innovation and experimentation.

Treat your players with respect, and if you’re worried about things like increasing your users’ retention, then rely on good ol' fashioned fun mechanics in order to do that.

2015 in Review: Nexon M's John Robinson on the adoption of alternative marketing channels

Working in tandem: the making of Dawn of Steel