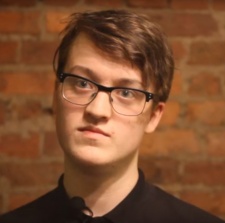 As such, we've asked the industry's great, good, and Matt Suckley to give us their take on the year, as well as predicting the trends that will dominate in 2016.

Matt Suckley: After following it through from on-stage announcement, to first impressions, to reports of its success on this very site, I'd have to say the launch of Fallout Shelter.

Besides the retrospectively unremarkable news that a game backed by a brand that millions of people care about, announced on a platform with millions of people watching, should - surprise! - get loads of downloads, it was both the tone and the reception of the announcement that struck me.

As discussed in the opinion piece I wrote at the time, Bethesda apologetically pitched its game as an exception to the free-to-play norm, playing to widespread anti-F2P sentiment among its console and PC gaming audience.

The console/mobile boundaries are self-imposed and effectively meaningless.

But while Fallout Shelter is by no means the generous experience it makes out to be - it still wants you to spend money, after all - the fact that this went uncommented upon while people fell over themselves to praise Bethesda's light monetisation highlights some interesting points:

As always, my opinion is only based upon a cross-section of what far cleverer people have said.

The decline of CPI and the rise of branded content, a la Glu's Katy Perry Pop, is one that's cropped up a lot and seems like a fairly sensible thing to happen.

VR's another obvious one, but I'm still not convinced it'll progress any further than a slightly geeky niche in 2016.

Even with PlayStation and Samsung backing it with hardware, the narrow appeal of the software will put people off investing.

Certainly in mobile gaming, I'd wager that it'll be forgotten by the general consumer fairly swiftly. Not so quick to forget will be those who've invested millions in making it work, but that's the innovator's curse for you.

There you go, actually stuck my neck out on something. Roll on the 2017 predictions section, where I write my entry in our new virtual-reality CMS and (virtually) eat humble pie.

Let's have one premium and one free-to-play entry.

The former would be Crowntakers, a pleasantly repetitious roguelike in which you repeat the quest to rescue your father over and over, each time working towards new persistent upgrades and unlocking new characters for your wee band of adventurers

Not only does each death teach you something, but the journey's never twice the same thanks to tactical (but not impenetrably so) turn-based battles and cute moments of Choose Your Own Adventure-style decision-making.

As for free-to-play, COLOPL Rune Story all the way. I'm a sucker for a good JRPG, and this one's just deep enough to be satisfying while remaining light enough to work on mobile.

It's also one of the most generous F2P games I've ever played, which is refreshing considering how much money it's made as White Cat Project in Japan. It shows that it works, and that's always good to see.

Mine from last year - admittedly a resolution rather imposed by this job - was to play more free-to-play mobile games, and I'd enforce that upon the wider games industry.

It's useful just to shake away some of those lazy preconceptions, and to see the kind of diversity that does exist in F2P.

I'm avoiding the cult of the new.

As for 2016, I'm going to avoid getting caught up in the cult of the new; I'm going to play games long enough to appreciate that big update 2 months down the line.

I've so far fought off the desire to invest in a PS4 or Xbox One, and am currently catching up on games from last-gen and earlier that I find truly interesting - not just grabbing stuff because it's the talk of the moment.

And while it's a little harder to return to older mobile games, with the rise of GaaS meaning that games are no longer the evergreen products they once were, there are plenty of well-supported gems we forget all too quickly.

Reply
Jeremy Glazman Senior Programmer at PlayRaven
Can Crowntakers be your "mobile" game of the year of its only available for iPad? :/
Posted 5 years, 4 months ago