2015 in Review: Nordeus' Nikola Cavic on why 2016 will see significant change in game discovery, eSports and China 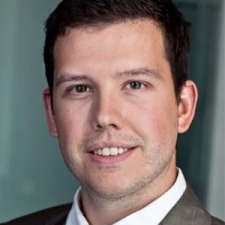 Nikola Cavic: I doubt anyone would disagree that this year has been the year of mobile gaming.

Most notable was the news of traditional PC and console publishers making in-roads in mobile with Blizzard Activision's acquisition of King and Tencent's buyout of Miniclip dominating headlines this year.

2015 was an important year for us at Nordeus. Top Eleven, our first game to market, celebrated its fifth birthday by surpassing 100 million registered users (that figure now sits at 130 million).

We also opened our new developer studio in London, marking another international milestone for the business as we continue to expand.

Our focus however continues to remain the same as we look to continue grow our gaming portfolio, centred on building upon the success we've seen with Top Eleven, to create long lasting, fun and engaging free-to-play mobile games.

As we know, 2016 will see Google re-enter China by launching a Chinese version of the Google Play store following its departure from the market five years ago.

2016 will see Google re-enter China by launching a Chinese version of the Google Play store.

Although it won't be easy, a successful launch for Google Play will see Western developers have a significantly larger incentive to fulfil the potential of the largest smartphone market in the world.

With the success seen by Apple's app store in the region, Western developers may expand their iOS strategies to include Android, taking advantage of the reduced barriers to entry provided by the Play Store.

As Google's payment arm will not be live in China at the time of launch, we're also likely to see innovation in this area with developers looking to integrate with payment options on apps such as WeChat and other providers.

We'll also see mobile eSports hit the big time as it continues to earn its place alongside established sports with teams now earning millions from competitions around the world.

Although this has primarily been focused in Asia, the trend is also growing in Europe - with UK based eSports company Azubu recently raising £40million to expand its operations globally. Until now the industry has relied on powerful machines and games in order to compete, however, as the number of competitors grow, mobile will have an increasingly important role to play.

Finally, 2016 will be the year of improved game discovery. Getting visibility for new games with mainstream audiences is a continual battle for all but the largest developers.

Getting visibility for new games with mainstream audiences is a continual battle for all but the largest developers.

To combat this, next year will see the likes of Apple evolve their App Store to improve the discover-ability of new games that come to market. This will raise visibility for up and coming successes to wider consumer audiences before they pull in the profits that would usually place them in traditional platform recommendations.

This is likely to be seen through a shift in focus by platforms towards user experience focused categories such as 'most played games', 'best rated' or 'most engaging' rather than more traditional search terms like 'top grossing'.

Need for Speed: No Limit. It combines good graphics, impressive user interface, and in general offers an enjoyable gameplay!

Personally, it's a dedicated focus on doing everything I can to get two of our new games in 2016 to the Top Grossing ranks.

As for the industry, I would raise the 100MB limit on app size to create even greater freedom for developers to create higher quality games that users love.

Why it's time to join Top Eleven developer Nordeus