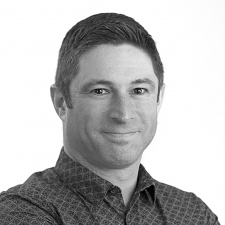 January 6th, 2016 - 02:30pm
By Jon Jordan, Contributing Editor
As 2015 begins to fade into memory, we're taking a look back at the events that have dominated the last 12 months in mobile gaming.

Mark Robinson: In 2015 there has been a number of significant announcements which may play a major role in redefining the way games are played and consumed in the mobile space.

We had the release of the Apple Watch, iPhone 6S (with 3D touch), and the first major commercial VR headset release in the form of Samsung Gear VR, as testament to this change.

In 2016 we should see developers looking towards these platforms for new ways to present their games. Not all will succeed, though we can be certain to see a wealth of ideas as they figure out what works commercially.

In 2015 we launched a major new service, SmartAds, which saw us move into the player-focused ad meditation space. SmartAds combines intelligent player targeting with dynamic ad mediation to maximize revenue. It uses predictive modelling of player behaviors and player targeting to improve impression density and fill-rates.

A more mature understanding has developed in F2P.

Dynamic ad mediation and cascading, with access to over 120 ad networks, is used to increase CPM. With this new technology, developers increase their ad revenues without impacting on retention or reducing income from IAP.

We know that many developers struggle to balance engagement, retention, and monetization. This has led us to look much more closely at how deep data can support developers and marketers in making finely balanced decisions about gameplay and monetization.

A more mature understanding has developed in F2P, whereby players and developers see positive playing experiences and monetization as being symbiotic, rather than polar opposites.

More mainstream streaming services are beginning to cover the competitive gaming scene, which is unsurprising since F2P giant Riot Games' League of Legends can easily pull in tens of millions of viewers during their World Championship events held each year.

That the likes of ESPN, Red Bull, and the BBC getting in on the action, some even hosting their own competitive gaming events, is a huge step for eSports and competitive gaming as a whole. It's likely this will continue to grow, the result being that eSports, especially in the free-to-space, will become more and more mainstream.

Tolerance of aggressive ad campaigns in games varies, but there will be a proportion of players who simply abandon as a result. It's important that all F2P game developers take ad serving in games very seriously and that they consider different player styles. As use of analytics becomes more common, developers will gain a better understanding of their own players, and how to improve and augment their experiences.

Game personalization tools are still relatively new in games, but as competition in the marketplace continues to increase, developers will focus on improving monetization by enhancing the experience for each player segment.

It's now possible to record a wealth of data, but with so much of it available, game developers run the risk of recording 'data for data's sake'. What we are starting to see now is a shift towards focusing on the right data to generate actionable insights, driven by a market in which it's increasingly hard to retain players long enough to monetize.

The traditional approach towards big data required analysts to sift through hordes of data to interpret it. Now there are a range of tools available which essentially do this work, focusing only on metrics needed to improve games. This brings with it a recognition that in-depth data is required for highly accurate targeting and subtlety when making changes to games.

It's not enough any more to simply measure KPIs and basic interactions. Data should be informing actions and creating high-definition archetypes. Deep data is a move towards efficiency and effectiveness, and it signifies the democratization of analytics. Expect to see more and more developers of all sizes adopting a deep data approach in 2016.

For me it's got to be Fallout Shelter, Bethesda's Fallout 4 mobile F2P spin-off which entered the arena with a bang this year.

It's a Sim style game where players act out as the Overseer to build and manage their very own Vault. Much like Blizzard's highly accessible F2P CCG Hearthstone, Fallout Shelter brings a traditionally niche genre into the mainstream.

The game uses a familiar art style, much loved quirkiness, along with a solid onboarding process and depth. As this is a much loved franchise, Bethesda really needed to hit the nail on the head to please both casual and core gamers alike, and the game received a great response from the audience.

As an industry, we should know our players better.

Our New Year's resolution is to build more marketing value into our toolsets and continue to find new ways in which we can make data actionable.

As an industry, we should know our players better, recognize different playing styles and adapt to them, rather than expecting players to adapt to the game.