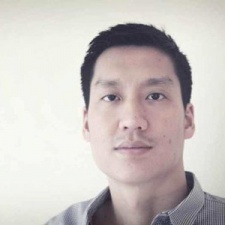 Ben Liu: The most significant news has to do with the continued growth of the industry.

Mobile games have become an incredible outlet for creative expression with all the amazing products being released on a weekly basis. Mobile games have also become a big business as shown by the Super Bowl ads and King acquisition.

We ended last year in heavy R&D mode, working on a lot of new things that hadn't been released yet.

During this year, we launched War Dragons, one of the first multiplayer synchronous 3D games ever made. We also charted a new exciting course for Episode based on connecting millions of readers and writers worldwide.

Our hard work and investment is starting to get traction and we believe the best is yet to come.

2015 is going to be an incredible year. We think it will be the year that new types of core games on mobile will gain steam, dues to a combination of tech advancements, developers trying new things, and greater player interest.

We are also excited by the rise of the China market and globalization of mobile games.

I spent the most time this year with our own products, War Dragons and Episode.

War Dragons is beautiful and represents a first step towards synchronous multiplayer gameplay on mobile devices with lots of other players.

Our resolution is to dream big and to take our shot at innovating building the world's most widely played, most commercially successful game.

Episode is the first native mobile storytelling format and the beginning of a new platform for readers and writers.

Outside of that, I really enjoyed some of the mobile games from the world of PC like World of Tanks, Hearthstone and Fallout Shelter as well as some of the great games from overseas like WeFire and RuneStory.

Building off our new Tencent partnership, our resolution is to dream big and to take our shot at innovating building the world's most widely played, most commercially successful game. The resolution I'd like to enforce is to do build things that haven't been done before.

I also have a personal resolution to spend more time just simply being a fan. There are so many great things being done in the world of entertainment that I want to make time for.