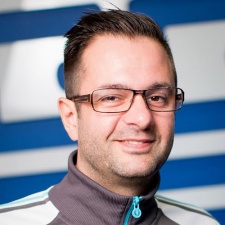 Daniel Persson: The biggest news was surely the acquisition of my former employer King by Activision Blizzard, especially for such an enormous sum.

Of course I'm proud of having been a part of the development at King for the last couple of years, and I think it's a very positive outlook on the importance of the puzzle game genre for the present and future of mobile at this point.

I foresee a maturation of gameplay and depth for the coming titles, including Goodgame's first casual puzzle game, of course - we're looking at a release early in 2016.

Goodgame Studios was very much focused on hardcore PVP strategy in the recent past.

With our new studio system in place, we now prioritise expanding our product portfolio and launching for even more platforms than before.

Added to what I've said before, we are sure that our existing as well as new fans appreciate a choice from a multitude of genres.

In general, now that fewer very successful games dominate the market, the entry barriers for new products and developers will only increase.

It's crucial to come up with some sort of twist or novelty during development.

For a smaller company to reach even moderate success is becoming harder, breaking into the top twenty even more so. In order to be successful, companies will have to try and appeal to gamers on a global level right from the start.

Especially with increased production costs and shorter timespans to determine a products' scaling potential, a speedy global rollout and KPIs from numerous target markets will become crucia in order to be marketable.

Fallout Shelter was surprisingly enjoyable and got me hooked for a quite a while. It also displays that gamers and their personal taste transcends any notion of core or casual that the industry might have. Especially on mobile!

I'd like the industry to not be that afraid of change and try out experimenting with genre conventions a little more. It's legitimate to try and build on a proven formula, and of course you should look at the most successful titles out there, but I think it's still crucial to come up with some sort of twist or novelty during development.

Personally I will dedicate all my energy to releasing our first casual title and then celebrating with the team and looking at how players like it.