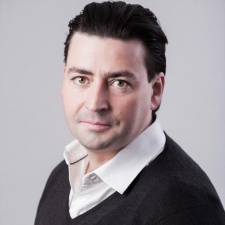 The release of the new Apple TV has been big news. Developers are looking to this platform as a chance to escape the more saturated mobile app stores as well as an opportunity to develop new innovative game styles.

With over 2500 apps already and predictions of 10,000 early next year It will be interesting to see if this new platform will be as engaging and monetise as well as mobile.

As well as continuing our cash acceleration offer we launched our new revenue recycling initiative in February 2015 and Pollen VC is currently reinvesting millions of dollars per month for our developers into ad networks such as Facebook.

This has been really popular with developers, as they can invest 100% of their revenues immediately in ad networks to build up traction in the stores.

Pollen VC is reinvesting millions of dollars per month for our developers into ad networks.

In addition to funding developers on iOS, we have also been funding Android developers since June 2015.

It will be an interesting year for ad networks - some of the second tier ad networks who have less proprietary or high quality direct inventory will start to really struggle.

They make all their money servicing the largest UA spenders who have games that monetize incredibly well and this has forced up CPIs. All but the largest ad networks have typically ignored the smaller developers, which has also contributed to the difficulties in app discovery.

The Apple Watch is also getting great traction among developers. We are seeing developers adapting and creating new games for wearable tech, so it will be interesting to see how this progresses in 2016.

The freemium category will continue to grow, it grew massively in 2015 and its success as a strategy is highlighted by apps such of Clash of Clans. As a category it is becoming better understood, and as people leave the largest and most successful studios to set up their own studios, there is a wider and more even distribution of knowledge, which is helping to level the playing field.

One of my recent favourites is NomCat by Lucky Kat Studios, where you can pit celebrity cats like Grumpy Cat and Nyan Cat against each other in a fish-eating contest. It’s incredibly tricky!

I also really admired how they went about securing the cat brand owner’s support for the game, so they were promoted by these cats who have millions of supporters.

What will Pollen VC be talking about at Pocket Gamer Connects London 2016 and why should people come to hear you?

Some of the second tier ad networks who have less high quality direct inventory will start to really struggle.

Our panel explores creative approaches to user acquisition when you don’t have a million-dollar budget to play with, the realities of game promotion in 2016, how to maximise your budget and ROI - and - how much money do you actually need to spend to make $1 million in return?

Aside from your talk, what else are you most looking forward to at Pocket Gamer Connects London 2016?

Meeting new indie developers and seeing their games. I’m always so impressed with the innovation and creativity I get to see at these events, I feel like I am experiencing the cutting edge of game development.

The quality bar is getting higher every year and PG Connects is a great event to meet indie talent.

Definitely to further expand Pollen VC into new markets including Asia. As a company, we will redouble our efforts to work with developers to educate and support them in the marketing and commercial aspects of the games industry.

We have met so many passionate developers who have a great game, but have not really thought about their monetisation or marketing strategies at all, so that’s something we want to encourage developers to think about in 2016.