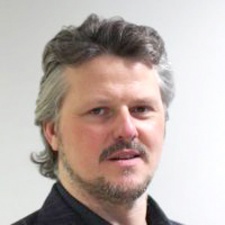 Rob Simister: Kabam creates, develops, and publishes massively multi-player games that are available to a global audience on mobile devices via its own dedicated channel in the Apple App Store, Google Play, and the Amazon Appstore.

2015 was another hectic year for the industry, what were the highlights?

Major players in the industry continue to enjoy top positions in the app store ranks and it's harder than ever for new or lesser known apps to gain higher ranks on the merits of quality or user experience alone.

Leveraging popular brands is therefore growing in importance and can be a big driver to success.

VR is likely to be the biggest noise this year and may even gain some traction.

Kabam is very successful in this regard with key brand partnerships such as those with Marvel Contest of Champions and Star Wars: Uprising games driving user engagement; I see this strategy gaining more importance across the industry, particularly as UA costs continue to increase.

VR is likely to be the biggest "noise" this year and may even gain some traction with multiple offerings hitting commercial reality from Microsoft to Facebook; how mobile gaming will be an influencing factor/player in this tech track, is too early to say.

It is also likely that we will continue to see consolidation of developers at the top end of the industry into 2016, with maybe the top 10 ranking slots owned by two to three companies.