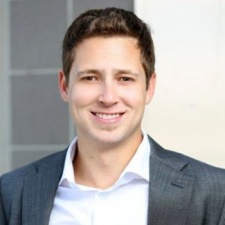 It also demonstrates the industry’s increasing consolidation as well as the importance of mobile, which accounted for 12% of Activision’s adjusted net revenue during a nine-month period.

Other news of a different nature was Blizzard’s release of its first mobile title, Hearthstone. The title has been doing well, receiving high reviews in the both the App Store and Google Play, as well as monetising at a decent clip.

We continually innovate to meet the changing needs of developers, especially when it comes to giving them maximum control over monetisation.

With the rise of video on mobile, we rolled out new developments for mobile video ad solutions in 2015. We released advanced video pre-caching controls, which were an industry-first.

It’s our goal to give developers more control of their monetisation mechanics while reducing the time spent on engineering.

We did so in order to offer developers maximum control over their user experience, with a reduction in data and memory usage, loading times, and an overall improvement in app performance.

Prior to that, we also gave control to developers over where their demand came from. At Fyber, it’s our goal to give developers more control of their monetisation mechanics while at the same time reducing the time spent on engineering in order to do what they do best: make great games.

One of the most important things for developers to embrace in 2016 is a holistic and integrated view of channels.

As developers seek more granular control over app discovery, ad serving decisions, and optimisation, there are more sophisticated performance marketing and analytics tools that they should leverage to obtain a more holistic view of how different channels work together across every device, including TV and outdoor advertising.

Other emerging trends relate to technologies that are beginning to increase in popularity such as virtual reality. There is huge potential on this front for developers, and in 2016, we’ll see more games extend into VR. The use of VR will undoubtedly mean new monetisation opportunities for developers in the coming years.

My favorite game remains unchanged - it’s Clash of Clans. The subtle depth keeps me constantly engaged, and it continues to bring me back daily.

However, I will say I’m impressed with a newcomer onto the field, Spacetime Studios’ Call of Champions. It’s an interesting take on the MOBA genre, and is great for those with short attention spans.

My personal resolution relates to my role at Fyber. As we head into 2016, we’ll continue to innovate and develop new solutions to monetise on mobile, to become the largest and most well-respected SSP in mobile.

As an industry, we need to continue creating new opportunities for developers. Between martech, adtech, and other companies in the marketplace, there are many solutions that are used by developers but often in silos.

We need these different service providers to come together and create integrated solutions that help developers grow. As an industry, we should be focused on collaboration and how we’ll come together to create more efficiencies for developers.