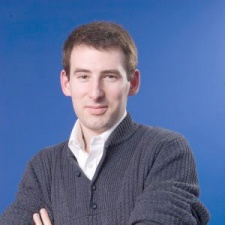 James Gwertzman: The fact that 7 of the top 10 grossing mobile games from January 2015 are still in the top 10 today. I can't name a single other creative industry where that's the case.

This really underscores how radically the game industry has changed over the past few years - games have become services, and companies like Supercell, Machine Zone, and King have built impressive organizations around the need to continuously operate and update these games to keep them in the top 10.

That's one of the reasons we started PlayFab - to give developers of all sizes access to the same level of back office game operations technology that these companies have built for themselves.

Two big changes. First, we've opened up our game operations platform to other thirdparty services, making it much easier for games built on PlayFab to try out and activate these other services through our new add-on Marketplace.

Games have become services, and Machine Zone, Supercell and King have built impressive organizations around the need to continuously operate them.

We recognized that game developers are sick of being systems integrators, dealing with a dozen different SDKs. They just want a single platform to give them everything they need.

Second, in conjunction with opening up our Marketplace, we dropped the price of PlayFab such that for most developers it's now completely free, with no cap on the number of players (developers still pay for premium support, and for certain enterprise features).

Our goal from the start has always been to do this, but within the last year our service has scaled up to the point where we we're finally able to make this move.

While AR and VR attracted plenty of attention in 2015, not a lot of progress was made on actually getting headsets into the hands of consumers.

2016 will be the year when this finally starts to change, though this is one of those categories where the ultimate impact will be greater, yet also take longer, than most folks today predict.

I also predict some under-capitalized studios, who jumped too quickly on the VR bandwagon, will go bankrupt waiting for mass adoption.

I'm a sucker for puzzles, and am going to have to say The Room Three.

In fact, I even built my own "Room" in my house - a puzzle library with 9 hidden compartments.

My resolution is to play more games. It's pathetic, actually, how little time I actually spent playing games in 2015. My kids mock me all the time. I blame it on running a startup, but that's no excuse. I've hired a COO who starts early next year; that should hopefully free me up.

My resolution for the industry? No more launching games with poorly tested backend technology that doesn't scale. As a gamer, there's nothing more frustrating than buying or downloading a hot new game, then having it crash because it failed to keep up with the load.