Tony Garcia on Unity’s aim of democratising discovery in 2016 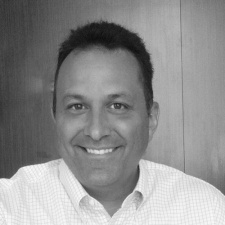 Tony Garcia: To me it's the story around discovery in the mobile space.

When the mobile revolution was just getting underway, the indie community was at a cross-roads facing stiff competition at the high end with no clear way to connect to consumers. But with the advent of app stores and digital distribution (and tools like Unity), the playing field was leveled and developers had unprecedented access to consumers.

That drove thousands of developers to jump into the mix and submit apps, but the app stores haven’t evolved.

So today we are seeing the proliferation of many beautifully-produced indie titles, but with the side-effect of having only a few titles, those that can afford high acquisition and marketing fees, locking up virtually all the top spots in the charts.

At Unity, we believe that democratizing discovery, helping developers get their content discovered, is an important part of our mission and are working hard to provide tools and services (Ads and Analytics) to enable them to play and be successful in this highly competitive marketplace.

We believe democratizing discovery is an important part of our mission.

In 2015 we dramatically increased our investment and expansion of our development team. We added more capacity and talent around core functionality, graphics, optimizations and more.

On top of that, we substantially increased our investment in VR and AR, as well as expanding our collaboration with Microsoft to support the HoloLens.

It's clear that VR and AR will continue to gain in momentum and significance for the industry.

We will see more hardware ship to developers and consumers, and the sheer amount of energy and content being put into this space should make for a memorable year.

I also think there will be a yet another resurgence of Big Hit Titles with many high-profile franchises breathing new life into the hardcore gaming audience. In addition, we will see more growth in Asia, especially China and South East Asia.

Super tough one this year, as I really enjoyed playing quite a few. But the real stand-out has to be Lara Croft GO from Square Enix.

The art style was great, easy to play on the go, and most importantly, fun and challenging game-play and puzzles. One of the few games that I played to completion this year. Super fun!!!

My own New Year's resolution is overcome my fears and dive into a full-on multiplayer FPS and be ready to get my butt blown up every 10 seconds. I've wanted to try for years, but always afraid of the scorn and humiliation heaped upon me by pre-teen Masters of the Frag.

For the industry, I would get everyone to stop the debate around which platform will win over in the end. It's clear that there are enough players to go around and healthy business can be had no matter if you are on the PC, console, mobile, or "other".

If I read another article about PC gaming being dead, I'm going to go bananas!

2015 in Review: Nordeus' Nikola Cavic on why 2016 will see significant change in game discovery, eSports and China