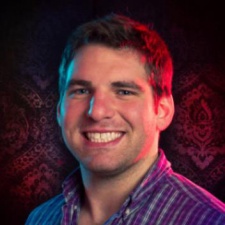 Eric Seufert: With Angry Birds, Rovio showcased to the world just how massive an audience a product can reach on mobile, and how a brand/IP that debuts on mobile can percolate across the entire entertainment ecosystem.

One of the most important developments I witnessed was the increasing significance of advertising, not only as a source of revenue but also as an apparatus for enticing engagement from users.

A big part of this was the shift to video that has been taking place within the mobile advertising industry since 2014; that shift continued apace in 2015 and I don't anticipate that it will slow down in 2016.

If anything, I can see rich media becoming an ever more important part of gameplay on mobile, providing even more opportunities for advertisers to get their products in front of a mobile audience.

For me personally and professionally, the highlight of the year was the launch of Angry Birds 2, which enjoyed a tremendous debut, reaching 20 million players within a week of its release.

We may see a Top 5 Grossing list completely devoid of a gaming app at least once during 2016.

For the industry, I think the highlight of the year was either the massive success of Crossy Road (although it was released at the very end of 2014), the acquisition of King by Activision Blizzard, or the hype and rapid plunge into obscurity of the Meerkat app.

All three of these situations exemplified how inscrutable and capricious the mobile app economy is.