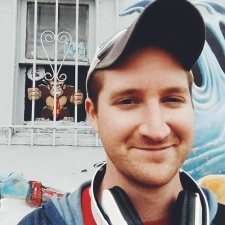 Like many in what he terms 'Corporate America' and beyond, Tom Sennett found himself crushed by the monotonous nature of his 9-to-5 office grind.

Unlike most, however, he decided to take matters into his own hands by quitting his job, travelling around the US (and living) in a van, and pursuing his long-held passion for game development.

Now fully committed to developing one-man mobile games, his latest is a lo-fi platformer called Hate Your Job that reflects the repressive atmosphere of a modern office.

We reached out to Sennett to learn more about his motivations for such a dramatic lifestyle shift, views on the industry from his perspective, and the inspiration - beyond the self-evident - for Hate Your Job.

PocketGamer.biz: Tell us briefly about your background and when you started making games.

Tom Sennett: I've wanted to be a game designer since before I was in kindergarten.

My dad got me programming when I was about 10, I started releasing games on the Internet in middle school, and I've been doing it as much as I can ever since.

What was the nature of your job you quit to make games and travel full-time, and what drove you to the decision? How has your lifestyle changed since?

I was a product manager at an agency making apps for clients in New York. People would come in with an app idea and it was my job to make it into something viable.

I was making good money, but I had more stress, more expenses, and less free time than ever.

It was actually a great job, my career was headed in the right direction, and I was making good money. But I had more stress, more expenses, and less free time than ever.

I've always wanted to make games full-time and it felt like that was never going to happen if I kept doing what I was doing. So I made a pretty radical change.

So far it's been good. Parts of it are stressful, but I'm happy to feel much more in control of my life. And it's been eye-opening to escape the bubble of New York.

Most people in America don't know or care about the hottest things in tech or fashion or games or whatever.

That's actually encouraging to me. I often felt like people's values were out of whack when I was living in New York.

What particular aspects of your professional life are echoed in Hate Your Job?

Before I worked at the agency I was a project manager at a finance company, my first (and likely last) stint in Corporate America. That definitely informs the look and feel of the game.

Banal conversations with coworkers, incomprehensible computer systems, lots of paperwork. With literal paper. People would print out emails and bring them to meetings.

Just crushing amounts of inefficiency everywhere you'd turn. Spreadsheets to manage everything. So a lot of this stuff specifically made it into the game.

More generally, the gameplay revolves around struggling against incessant forces that push you in every direction. And all you can do is push, push, push back to try to get where you're going, even though that feels pretty meaningless.

Every day it's the same bulls**t, and it can get really hard to wake up and face that. I had this experience with every job I had.

Hmm, that doesn't sound like a very fun game does it? It's more fun than it sounds, I swear.

As you're now a full-time indie, what's your view on the mobile games industry as is currently stands from that perspective? Is revenue a bigger concern that it was before?

Mobile can be frustrating as an indie. There's this huge market but only a small handful of companies dominate, with the occasional random indie success story.

I'm shooting for building a modest, sustainable business by releasing small games frequently and seeing what sticks. But I think focusing on mobile as an indie can be something of an uphill battle.

A lot of stuff that's working for indies right now, like Twitch and YouTube, isn't as much of an option for mobile games. And you're competing against those dominant companies who have endless marketing budgets.

But when I look at the platforms I could be working on, mobile is my number 1 choice because everybody has a smartphone now.

I want to reach as many people as I can, especially people who don't usually play games. The only games I play nowadays are on my phone, and that's true for a lot of people.

If you want to make a game with a real impact that reflects the culture of our times, I think it's got to be on mobile right now.

With Hate Your Job, you ran into approval issues with Apple due to themes of suicide. Yours is far from the first example of this happening - do you feel Apple is oversensitive when it comes to games?

Yes, I do. It's reflective of an attitude that a game can't deal with substantive issues - whether it's suicide, or religion, or sex, or whatever else - in a way that's meaningful and valuable.

Most people will freak out about the prospect of a game where you throw your character off the top of a building.

Most people have this attitude, and will continue to until they actually play a game that changes it. But until that happens, most people will freak out about the prospect of a game where you throw your character off the top of a building.

So it's very problematic that Apple holds the keys to the most important mainstream gaming platform, and keeps these games off it.

With iOS, we have an opportunity to reach so many people and give them novel experiences and affect real change of how games are perceived. But that's messy and not a clear win for Apple's bottom line, so they have no reason to support it.

It's much more sensible for them to say "won't someone think of the children?", shut off their platform from a few indie game designer weirdos, and continue on their merry way making insane amounts of money.

So, if you're like me, you have to be a little subversive about getting your message out.

Hate Your Job, after being approved by Apple upon its re-submission, will be available on the App Store on 27 January.

Why did Apple U-turn on Palestinian indie game, and does its approval process need to change?