Martin Löhlein has a plan 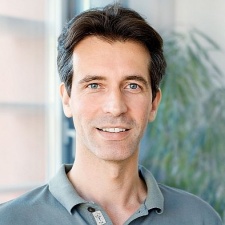 Given the platform transitions over past years, there are plenty of ex-PC developers now working on mobile.

That's particularly the case with the developers of real-time strategy games; a strong PC genre that traditionally hasn't been popular on console or something embraced by the eSports community.

The early success of Clash of Clans encouraged them into mobile, with veteran PC teams enthused at the opportunity to bring "real RTS" gameplay to touchscreens.

Of course, the reality has been very different.

Different control systems, play session length and frequency, and the required fluidity of alliance systems and in-game communications, not to ignore a total different attitude to complexity, has seen many projects fail.

Martin Löhlein, senior producer and co-founder at German startup Envision Entertainment is confident about its debut Path of War, however.

Partly this comes from the team's history.

Consisting of the core of EA Phenomic (previously just Phenomic), which worked on franchises such as BattleForge, SpellForce and Command & Conquer: Tiberium Alliances, it's been successful on premium PC and - importantly - free-to-play browser games too.

Indeed, some of the 25-strong continue to run live operations on C&C: Tiberium Alliances for EA.

It's perhaps when it comes to gameplay that Path of War is most innovative.

As well as providing the new studio with an early revenue stream, it's helped to hone its live operations expertise; something it expects to be building on with Path of War.

Published by Nexon M, the western arm of Korean/Japanese F2P publisher Nexon, the game is now live on the App Store and Google Play.

Not that Löhlein has any illusions that Path of War is a mass market game.

"We're looking for a committed audience," he says.

"We've worked hard to introduce innovation to the players, but this is a massively multiplayer online game for mobile, in which the alliance structure isn't the icing on the cake. It's the core of the game."

That isn't to say Envision hasn't learned from the failures of other RTS experts trying to revolutionise the mobile genre. Löhlein's open about how much it's already had to learn.

"We were so proud of our innovation, we pushed it in players' faces, which backfired in testing," he reveals.

He also points out that thanks to the market position of games like Clash of Clans, there are now many de facto standards that any mobile RTS which wants to be successful must adhere to.

"It definitely makes it harder to innovate," he ponders.

But innovate is certainly what Envision is attempting.

The game's MMO qualities are most obviously highlighted in the setting that see players starting the game on the US west coast, with the overall goal being to group up into guilds and fight their way east to Washington D.C.

Around 50,000 players will play on each 'map', fighting each other for locations and the resources their possession unlocks.

And neatly, as an alliance gains strength, it will naturally move east to gain more and better resources, ensuring that each map will self-balance, because it won't be worth higher level alliances defending lower level locations.

Such as strong focus on alliances could be a risk, but Löhlein says Envision is supporting their formation and development with a highly customisable in-game messaging system.

"It's a personal pet feature of mine," he laughs.

There's also a work-around for players who want to play solo.

"Lone wolves can set up a private alliance and just play by themselves if they want," Löhlein says.

"You can experience the entire game this way. There's nothing you can't do. Of course, it will take longer to do so."

More generally, he says the games and messaging system has been designed minimise the amount of time players need to spend in-game to stay competitive.

Path of War is highly tactical and complex but not about twitch skills.

"We understand our most valuable players - by which we mean valuable in the game, not spenders - have real lives.

This focus is also reflected in battle gameplay, with Löhlein claiming players will be able to make "noticeable process" in 5 minutes sessions.

Indeed, it's perhaps when it comes to gameplay that Path of War is most innovative.

Best described as Plants vs Zombies rotated 90 degrees out of the screen, each battle sees you dropping your units onto columns which they move down.

The defenders move left and right to counter, providing the player with basic tactics in terms of which units to drop onto which columns, and when.

"It's highly tactical and complex but not about twitch skills," Löhlein explains.

In this way, the game's been designed to minimise randomness, making battles predictable and deterministic, at least for the skilled player.

Of course, in keeping with the alliance focus, the further you get across the US, the more time spent coordinating and planning attacks will be required to capture high value locations.

Yet, like all good generals, Löhlein knows even the best battle plan survives contact with the enemy, or in this case, the players.

So it will be fascinating to see whether this innovative game from an experienced team - albeit not in mobile - can find its niche.