The Swedish indie explores the murky world of virtual reality 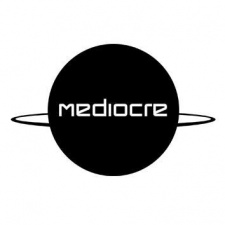 After discussing game testing techniques and the soon-to-be-released puzzler DIRAC, the discussion with the Swedish indie trio quickly turns to virtual reality.

One of the earliest studios - at least in mobile - to join the VR party, Mediocre has already launched a virtual reality version of its mobile title Smash Hit for the Samsung Gear VR.

But what of the wider world of VR - Oculus Rift, HTC Vive, and PSVR?

“We're talking about [PC VR] a lot, but I guess we'll see how the launch goes... we're not going to be making a release title,” says Johansson.

“We just put [Smash Hit Gear VR] out there, and we're going to let it settle for a while and see what happens with that whole market.”

Suck it and see

There are, after all, a number of unanswered questions surrounding VR, and a major one for Mediocre is the setting and situations in which players are willing to embrace it.

Bengtsson believes that “mobile VR has a bigger chance of mass adoption,” but remains unsure as to whether the experience is really compatible with the portable nature of the mobile platform.

“The basic [factor] is the willingness of people to obscure the whole world,” he muses. “Would they only do that at home, can they imagine doing that on the bus?”

Can people imagine using VR on the bus?

Another, Johansson argues, is the general public's confusion between the Oculus Rift, Gear VR, and even Google Cardboard “which are all quite different products and experiences.”

But there is a logic behind Mediocre's platform selection. Firstly, Johansson points out that Mediocre has only ever developed mobile games, making the Gear VR “closer to home.”

“For us to make a PC game - requiring much higher price, much more content probably - would be a very big thing for us.”

He also goes on to praise the quality of the Gear VR's performance and visuals, claiming that it's “not far from the PC-based displays.”

A contrast, then, to the most inexpensive VR solution on the market.

“We've talked about [Google Cardboard], but from what I've tried it's just not comparable to Gear VR in terms of quality... it's not really there yet,” says Johansson.

“If we were to release on Google Cardboard and people had a bad experience, we don't want people blaming the game because we can't guarantee good performance on the device.”

Indeed, he believes that developers - paticularly in these early days of virtual reality - have a responsibility to deliver a true reflection of how powerful VR can be.

“That's the problem with [Google] Cardboard - if someone has bad performance, that's a terrible, terrible, VR experience and there's nothing we can do about it.”

As for Oculus Rift, Gustavsson explains that the firm has had some experience with the hardware in its earliest form - “we already had a VR version for the [Oculus Rift] DK1” - which led to the eventual Gear VR release.

However, the team was somewhat blindsided by the $599 price-tag: “like everyone else, I was expecting lower,” reflects Gustavsson.

It's a price that positions the hardware firmly in the 'hardcore PC gamer' market and threatens to alienate pretty much anyone else.

“It's so easy being in the games industry, where everyone is quite knowledgeable about VR and the differences between hardware, but you have to take one step outside of this relatively small bubble,” considers Bengtsson.

“I read on a forum: 'the Rift costs this much? And I didn't even realise you needed a PC!' That's the consumer base... it's very easy to overlook that.”

As such, with so much confusion still surrounding VR and what exactly it can offer, Bengtsson suggests that the high price may be part of “a decision to only target enthusiasts.”

“[Enthusiasts] are the kind of people that want to test out the experience, whereas if you put this in the hands of a regular consumer they would be much less forgiving of glitches and sub-optimum performance.”

In these unpredictable dark ages of VR, Mediocre sticking to the comparably familiar world of mobile-based hardware seems like a shrewd move.

Indeed, the firm currently has no plans to develop a VR-only game, nor to redirect its focus towards the burgeoning Gear VR platform.

The Gear VR version of Smash Hit is Mediocre testing the waters, essentially - just like the rest of us, the trio is eyeing the market with interest but no real way of predicting where it will go.

But now, if the market suddenly explodes into life, the firm will already be well-placed to capitalise on it.

Smash Hit is available on the Samsung Gear VR store.