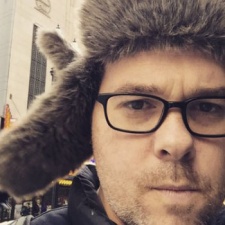 US mobile monetisation outfit Chartboost was formed in 2011 when a couple of smart developers at Tap Tap Revenge studio Tapulous discovered the power of in-app cross-promotions, and set up a company to exploit the method.

Chartboost has since become one of the most important mobile game UA platforms, used in 300,000 games with its ads seen by 1 billion mobile gamers a month.

Similarly, Roostr - the Boston-based social influencer advertising network that Chartboost has acquired - came about when small US indie publisher Gameblyr was looking for cheaper but more effective ways of acquiring installs for its games.

As everyone knows, YouTubers (and Twitchers etc) operate in the valuable no man's land betweeen corporate advertising on one extreme, and your friends' word-of-mouth recommendations on the other.

And it's this perceived personal authenticity at scale which give them incredible influence - hence the term 'influencers'.

Yet their lack of corporate structure - while fueling their authenticity - makes it difficult for most influencers to fully commercialise their market value, partly because they are hard to contact and work with.

It's this dilemma Roostr is helping to solve.

We enable the middleclass of influencers to make money.

"What we do is enable the middleclass of influencers - those with hundreds of thousands of subscribers on YouTube - to make money," explains Roostr CEO Marco Mereu.

"We don't tell them what to do," he stresses.

"It's a performance model where they choose what games to play and they get paid based on the installs they generate."

It's set up a marketplace into which advertisers place their games and budgets, with influencers then signing up to play the games that interest them.

Roostr moderates the resulting content before it goes live but only to check for gross issues such as swearing or alcohol use etc.

All the video are also highlighted as being sponsored content - as you can see below.

As Mereu points out, it's the passion of the influencers about the games they're playing that makes the system effective; figures such as a 20x higher install rate than Facebook ads are mentioned.

Indeed, he says 30 percent install rates from such videos are not unheard of.

A new way to UA

In this way, Roostr (and how Chartboost) hope to prevail against the increasingly commoditised, expensive and complex UA markets with the high quality traffic, something they expect will be enhanced as Chartboost's post-install analytics are integrated into Roostr's platform.

Mereu additionally argues that aside from the installs, advertisers also get a strong presence on YouTube as an inherent part of the deal.

"Every game need a YouTube presence and working with us means that the first page of search is full of positive videos about your game," he says.

"And the best part is that they are all adverts for your game. Adverts that people can't skip."

Everything you ever wanted to know about paid UA in 2,000 words

Reply
Greg Quinn CEO/Lead Developer at Meltdown Interactive Media
I think Roostr is a great idea, especially for us indies who lack exposure, especially for getting our games in front of potential influencers eyeballs who may never have seen or heard of our game in the first place.
Posted 6 years, 4 months ago