The London studio's co-founders explain its life so far 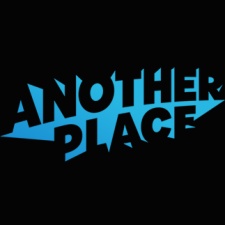 Another Place Productions' current home - a modest studio in Southeast London - is its ninth since forming in 2012.

There are various reasons for such a quick turnaround in office space, but the principal one is growth.

While by no means a juggernaut, Another Place has expanded comfortably from three co-founders to a lucky team of 13.

It all started with Jeremie Texier, John McCormack, and Guillaume Portes, who first met at the Guildford-based Lionhead Studios.

While there, they worked under Peter Molyneux - primarily on the critically-acclaimed Fable series - and began a friendly working relationship that's spanned almost a decade.

Texier remembers his time at Lionhead fondly, but recalls the frustrations that led to his pursuit of Another Place. Frustrations shared, as it turns out, by his fellow co-founders.

“Because it's such a big corporation, whatever it is you do, whatever role you have, you have very little control over what the game will end up being like from creation to being in the market,” he reflects.

“We wanted to have a project that we owned from start to finish.”

This was the shared sentiment that birthed Another Place Productions in 2012, but the vision for what said project should be was altogether less clear.

We realised mobile would be the best way for us to completely own a project from creation to publishing.

Established just as PlayStation 3 and Xbox 360 were reaching the end of their lives, but with Xbox One and PlayStation 4 still yet to be revealed, 2012 was something of a no man's land for a newly-established studio.

The original plan was to digitally distribute through Xbox Live Arcade and the PlayStation Store, and the trio's Lionhead background made sure that there was no shortage of interest from publishers and platform holders.

This, however, was the exactly what they had parted ways with Lionhead to avoid.

“We realised [mobile] would be the best way for us to completely own a project from creation to publishing, so it was in December 2012 that we decided to focus completely on mobile,” says Texier.

With that decided, the biggest priority for the team was to get something out as quickly as possible in an attempt to get a handle on (and prove its commitment to) the vastly different landscape of free-to-play mobile development.

When it came to conceptualising that all-important debut title, it was angel investor Chris Lee - a Partner at Another Place who “has been involved from pretty much day one” - who made the crucial suggestion.

“We thought the opportunity was great,” says Texier. “[It enabled us to] focus on all the other aspects and think, 'how can we turn this into our first free-to-play title?'”

This is what went on to become Dragon Finga, and it came with three major objectives from Another Place: short development time, an accomplished end product, and - most importantly - to gain experience in the market.

“We felt we knew how to make a good game, so our expectation was that it would be well-rated and liked,” recalls Texier.

“But, in terms of monetisation, we weren't expecting it to do very well because it was our first go.”

Indeed, Portes adds that it was “a complete gamble” to opt for a skill-based arcade game, a genre that's “very hard to succeed with” in terms of monetisation.

As you'd expect of a project started by three developers with no mobile background (with a fourth joining halfway through) there were mistakes.

First off, Texier reports that the team learnt “very little” from Dragon Finga's brief soft launch because it was “too short and we [already] knew what needed to be changed.”

Dragon Finga was a gentle ramp-up into live operations.

Secondly, despite “a lot of love from Apple” propelling the game (launched September 2013) to around a million downloads in the first week, the game was monetising poorly.

“And yet people were still playing it, Texier recalls, “so from September to November we were trying to fix the monetisation side without affecting the way people were playing and the retention.”

After a period of “trial and error,” Another Place launched a new build of Dragon Finga in late November 2013 - “and indeed, everything went up without affecting retention.”

While not a connected game on the scale of second game BattleHand, Portes describes this experience as “a gentle ramp-up into live operations,” culminating in a costume update in January 2014 that saw Dragon Finga re-featured by Apple.

“That was exciting stuff,” says Texier. “It validated all our changes.”

In many ways, Dragon Finga was Another Place attempting to prove itself.

Portes refers to a lot of “failure in converting” among developers swapping console for mobile at the time, and a determination to prove that the studio was more than just another failed experiment.

McCormack adds that he, Portes, and Texier established Another Place with the belief that their background as esteemed console developers would give them some kind of head-start in mobile - an assumption he now calls “so naive.”

The reality, he quickly found, was quite the opposite.

“[Console developers] are seen as people who take years to make games that cost a lot of money, which is not what people want to hear when it comes to mobile, especially VCs,” he says.

“It was important for us to prove that we could make a game, release it, and get good reception in 6 months - and we did it.”

Console devs are seen as taking years and lots of money to make games - not what VCs want to hear.

With targets met and a line drawn under Dragon Finga as “a great learning experience,” Another Place had shown itself to be a capable mobile studio - and one that wasn't going to retreat to the comforting familiarity of console development anytime soon.

This attracted the interest of Initial Capital and Connect Ventures, who invested in the company in May 2014.

Investment afforded the studio some stability, and the capital to build a team to develop RPGs - which had been the ultimate aim from the studio's inception.

“It works out well if you look at our passion, the team's skillset, and the market; RPG ticks all three boxes,” considers Texier.

BattleHand began life, on a conceptual level, as an Eye of the Beholder-style dungeon crawler with Dragon's Lair-inspired visuals.

Opting to avoid direct character control (“too unwieldy” on mobile) and to keep session length as short as possible without resorting to autoplay, Another Place soon arrived at the card-based combat that forms BattleHand as we know it today.

Soft-launched in March 2015 (self-published), the firm learned from its mistakes with Dragon Finga by giving BattleHand “much longer” in soft launch.

“We were capturing a slightly more casual, adventure game audience [in soft launch] than the RPG card players [we were after],” recalls Texier.

This was all well and good for acquiring users, but it wouldn't help BattleHand to retain them over the long term.

“The feedback was suggesting that we needed to go either casual or hardcore,” says Portes. “Being in the middle wouldn't work for the game.”

Now committed to going “the full monty in terms of depth,” Another Place spent May and June “rebuilding entirely.”

“Now we had a goal, we had an audience, we knew what to do - it was very efficient.”

In September 2015, BattleHand was signed up for a publishing deal by Kongregate. The two companies had been in contact since April, with Another Place reporting “really good chemistry” between them.

We're really happy with the engagment for a game that still has a lot of features to come.

BattleHand was finally launched in January 2016, but still has many features yet to be added.

“We're all happy, this is a very solid start,” enthuses Texier.

“We're incredibly happy with the engagement for a game which is currently a single campaign, asynchronous PvP which has no competitive element, and survival mode - there's a lot more to come.”

McCormack may hate the term 'Games-as-a-Service', but he appears to love its implications as Another Place continues to work on its first truly live, connected F2P experience.

“When we were making console games, we were not talking to anybody and then releasing it… it's like a closed world, you're split off a little from the people playing it,” he says.

Now running competitions and getting suggestions direct from the community, that couldn't be more different from the reality Another Place is currently experiencing.

Having successfully escaped the disconnected and creatively stifling world of triple-A to make games on its own terms, Another Place has quickly gone from new kid on the block to a stable, established member of the London development scene.

“If you spend months learning, and release a game before others, then it's turn to return the favour,” says Texier of the collaborative relationship among London's studios.

Originally chosen simply by virtue of its convenient links to both Guildford (where Portes and Texier are still based) and Brighton (McCormack's home), England's capital also offers a number of additional benefits.

As well as boasting far more mobile game studios than the “very console-based” Guildford, it's also home to both Google and Apple, and a convenient place to host potential visitors to the studio from overseas.

The three co-founders behind Another Place have managed to find the freedom they left Lionhead to pursue, and seem very content with the place they have carved out for themselves in mobile development.

The studio has made the console-mobile transition wholeheartedly, with respect and appreciation for free-to-play that shines through in its ethos and its games.

Having learnt much from both Dragon Finga and BattleHand, and with the latter still very much a work in progress, there's a feeling that the best is yet to come for Another Place.

How Kuato Studios is teaching kids through mobile games