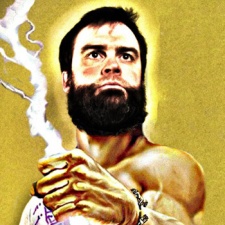 When Industrial Toys, the LA developer behind mobile-focused FPS Midnight Star, first started up in 2012, its focus was very much on bringing a popular genre to a platform that has continually struggled to provide a meaningful shooter experience.

But, as the company's former president, Tim Harris, said in an interview in 2014, the development led to a number of important questions being asked about designing games for mobile.

These questions inspired Harris to branch out and start working on a new game, Exiles of Embermark, which in turn led to him starting a new company, Gunslinger Studios.

We had a chat with Harris to find out more about why he made the decision to start Gunslinger, and how the lessons he learned making Midnight Star will affect Exiles of Embermark.

PocketGamer.biz: What is the goal of Gunslinger Studios?

Tim Harris: The goals are the reason we named it Gunslinger.

We want to create a platform for competitive multiplayer gaming where battles and bouts take less than 60 seconds.

We’re designing games in such a way as to make the phone a quickdraw, one-handed weapon of justice and designing narratives that let players control— and create— their own destinies.

Why start a new studio for this project when you already have one established?

It really comes down to the way we’re funding each studio.

We’ve been hard at work on our follow-up shooter to Midnight Star for a year now, and while that got rolling, a few of us started working on a new concept on the side.

Industrial Toys’ current funding is focused on the shooter, but as this new RPG concept took hold and we realized we had something really different (and fun), we decided we’d raise some outside money to build it into a separate game and platform.

That game became Exiles of Embermark.

You said that you’ll remain a part of Industrial Toys, what capacity will that be exactly?

I’ll continue to help on the development of Industrial Toys games and work on the studio’s direction and strategy, but the majority of my time will be focused on Gunslinger.

What made you choose Tumblr as the platform to launch your community for your game?

Tumblr as an environment is a great intersection of stream-of-consciousness posting, linear storytelling, and website builder.

That made it a perfect hub for the type of community we’re starting up around the first game— the meaty development updates can be housed there along with smaller peeks at what’s being built.

Then we can link off to the parts of the community that appeal to different types of players— the social feeds, the image gallery and, for the folks who are really into helping us every day with feedback as we show everything before it’s ready, the forums.

How else do you plan on growing the community as you build the game?

A couple of different ways.

The first is how we’re approaching the competitive aspect of the game, which is rooted in 1v1 Battles, but is also designed under the banner of our teams, which we’re calling Houses.

House groups will start to form before the game is available, and the benefits, operations, and lore of those Houses will be something players can take part in pretty soon. Those Houses will feature competition within themselves and with other Houses.

We have many decisions on the item, lore and naming planning which will be determined by the community via everything from contests to votes.

Players will have the opportunity to increase their community Rank (separate from PvP Rank), which will get them exclusive benefits in the game when it launches, and, on top of that, their collective voice in whatever House they choose will help shape the game.

We have many decisions on the item, lore and naming planning which will be determined by the community via everything from contests to votes.

The second way is in how we’ll build narrative over time, beginning even before the game comes out.

Exiles is a Season-based game, and with each Season comes a story arc that is determined by a combination of events designed by the Gunslinger team and the ongoing performance of the players.

As the game progresses, players will drive the narrative forward together with the Quests they choose to undertake, the Battles they win and lose, and how they contribute to their Houses.

Like the House system I mentioned, this narrative will have activity that happens before the game releases that we’re hoping gets players excited and involved.

The hints of this are already taking shape on our forums in the Role-Playing section.

Why do you think Exiles of Embermark is such a strong concept?

Because at its core, it’s designed to be a scratch for a couple of different itches.

Anyone who’s ever loved a game like Pokémon has an itch for that type of combat, either PvE or PvP. Anyone who went down the rabbit-hole of playing any great RPG, CRPG or JRPG has an itch for deep, satisfying development and the attachment to their characters.

The Exiles concept attempts to scratch those itches when you only have a minute at a time.

This came from us having long conversations starting with, “aw, I wish there was a game that did this - I would totally play the hell out of that.” In my experience, that’s a decent place to start with a new game concept.

How are you thinking about the balance between gameplay and metagame, and why do you think that will attract and retain players?

The gameplay of Exiles is super simple but deceptively strategic, which I think will attract players of all kinds.

Your character enters into Battle where you and your opponent (another player or an NPC) make a Battle choice from among those you’ve chosen for your character. This happens simultaneously.

Initiative then determines the order of execution - and all sorts of combinatorial insanity follows from that little interaction. You both keep playing these moves until you achieve victory, defeat, or - if you embrace cowardice - you flee.

The depth comes from the setup - as your character progresses through the game, you choose abilities, moves, and traits that affect combat.

You also choose your equipment loadout which comes from a giant selection of gear that can be found and won. This creates a setup strategy that’s not unlike deck-building in a CCG.

The gameplay of Exiles is super simple but deceptively strategic.

The balance between that gameplay and the meta will be an ongoing process, because our plan is to go into testing and soft launch with a couple pieces of the meta implemented and then iterate several others as we get feedback from the player base.

The game has a ton of meta planned, between the ranking systems of the individual players and Houses, the narrative I mentioned, and the event systems, which I haven’t even gotten into yet.

We’re hoping that this rollout plan not only gets people involved in the game, but gives them the real sense that interesting things are constantly happening.

How will your experience with Midnight Star shape your approach to developing, launching and operating it?

We did a few things with Midnight Star that are heavily influencing our Exiles design, including how we approached game session length, our live events and the way we told story on mobile.

As we got into the design of that game, we decided to cut the length of any given level to (what we thought was) a more mobile-friendly amount of time than our console shooters had.

The next shooter, Midnight Star: Renegade, and Exiles share this learning. Both offer the ability to make meaningful progress - win or lose - in the game world and systems if you only have a minute to play.

The live events we ran for Midnight Star were a ton of fun. We ran several weekly and special tournament events where players could compete for in-game rewards and recognition.

We also built a system for running and maintaining those events in real-time. Given the “live” nature of Exiles, we’ll be building upon that system and expanding it to offer new ways to win and get rewarded all the time.

Those that played Midnight Star know that we launched that game in two apps - one that involved alien-shooting, and one that told the tale of the game’s background and details in a giant graphic novel format, written by author John Scalzi, who will also be helping us craft our player-driven narrative on Exiles.

This second app, Midnight Rises, was mostly linear but also included a bunch of choose-your-own-adventure-style choices you can make on behalf of the main character. These choices affected not only the story in the “book,” but also transferred over and gave you benefits in the game.

We won’t be launching a separate app with Exiles. Instead, we’re partnering up with Bound, the platform that’s reimagining fiction for mobile, to house all the seasonal stories, detailed maps, bestiaries, and such.