VP of Games Mike Frazzini on its multiplatform community approach 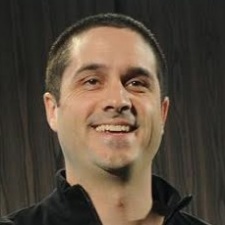 Amazon turned a few heads back in February with the launch of Lumberyard, its surprise move into the game engine business.

Though only available for console and PC developers at launch, the engine's 1.1 update invited mobile developers to the party, as well as extending the functionality of Twitch-integrated features.

But what exactly is Amazon Lumberyard offering its developers in the mobile space, and how is the firm approaching the mobile platform generally?

PocketGamer.biz caught up with Mike Frazzini, VP of Amazon Games, to find out.

The positioning of Lumberyard as a triple-A engine has been made clear from the very beginning, and Frazzini explains that this is the case across all platforms.

“If you think about what Lumberyard is, it's capable of creating some really high quality games from a point of view of visuals, physics, animation - all those different aspects,” he says.

“We're really happy with where we are for that with PC and console games, and we want to take that and be able to offer the same thing to mobile developers.”

Still in beta, it's a way off being reaching a wide mobile audience - Lumberyard 1.1 supports only the higher end mobile chipsets, such as the Apple A8 and Nvidia Shield - but Frazzini is quick to make clear that this is just “step one.”

“Mobile's really important and we're investing heavily in it,” he adds.

However, with one of Lumberyard's standout features being its deep integration with Twitch, the PC/mobile divide begins to shrink into irrelevance.

Mobile's really important and we're investing heavily in it.

“When we look at Twitch, a large percentage of minutes watched come from mobile,” notes Frazzini.

“More and more mobile games are resonating on Twitch, plus Twitch fans are already on mobile, so we want to help developers to create experiences that engage Twitch broadcasters and viewers.”

Twitch is multi-platform, the experiences it hosts multifaceted. This is something that Lumberyard, and Amazon at large, is keen to address by encouraging games built specifically for streaming.

“What works is when a developer deeply thinks about this idea of a player, a broadcaster, and a viewer all sharing in a synchronous experience,” says Frazzini.

“Games haven't historically been built with that in mind, but we're seeing more and more of it.”

These are what Amazon terms 'Stream First' games, with tools built directly into Lumberyard explicitly “connecting the link” between the player, broadcaster, and a viewer.

One such tool is ChatPlay. Inspired by the 'Twitch Plays' phenomenon, where games like Pokémon and Punch Club are controlled by the harebrained whims of the chat window, the first game to use it will be Superfight.

Based on a popular card game, the Pipeworks-developed title was announced just before GDC and has already been featured extensively on both Twitch and YouTube.

At its core, Frazzini says, is “who would win in a fight: this person or that person?”

Allowing broadcasters to debate, while viewers are given the chance to vote for the most well-argued combatant, it's a concept that runs with the idea that it's personalities, not games, that drive Twitch engagement.

Another Twitch-focused feature in Lumberyard is JoinIn. This allows streamers to generate a link that can be shared with viewers, inviting them to join the game and play online.

All Amazon Games Studios titles are being built with Lumberyard, and with deep contemplation of Twitch.

This can be used as an incentive for subscribers, Frazzini explains, with the prospect of playing with a Twitch personality a particularly powerful tool for community building.

This is not some far-flung future of game development, he's keen to add; “this is the present. Twitch has become the place to launch games.”

From top to bottom

It's a philosophy that runs deep at Amazon, with all corners of its games business practising what it preaches.

“All the games we're making with Amazon Games Studios are being built with Lumberyard. They're all being built with a deep contemplation of Twitch from the earliest stage of game design,” reveals Frazzini.

Five weeks after launch, Amazon had already came out with 208 fixes and improvements to Lumberyard. So work behind the scenes is rapid, but what next?

Just like its approach to game design, Frazzini's closing statement is customer and community-focused:

“We have more ideas on the way, but the general premise is that we build the tools and ultimately the community shows us what they can do with them.”