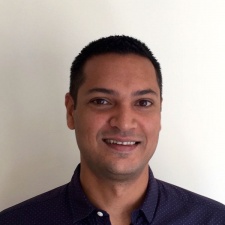 A veteran of the games industry with over 15 years experience, Paul has previously held roles as Head of Games at The Walt Disney Company, and CEO of Big Pixel Studios.

He is currently the CEO and co-founder of WearGa, a London based startup focused 100% on games designed for smartwatch.

One of the surprises of 2015 was the failure of the smartwatch market to ignite.

Despite the best efforts of the likes of Samsung, Motorola, LG and Apple, device sales remain niche and interesting content even rarer.

But that’s not to say that some brave studios aren’t hoping and preparing for the situation to change.

One such is Berlin developer Wooga, which set up a dedicated team making smartwatch games in late 2015.

We caught up with product lead Paul Virapen to talk about the nascent smartwatch market, why he thinks it’s a big opportunity, and how Wooga’s latest smartwatch game - Farm Time, which is out today - fits into the picture.

PocketGamer.biz: Can you give us some background about yourself?

Paul Virapen: I’ve been in the games industry for around 15 years, previously with Disney in London, then co-founder of mobile studio Big Pixel Studios in 2009, and most recently I founded wearables startup WearGa in 2014.

WearGa had a lot of success, having creating the No.1 all time game on the Pebble platform as well as Apple Watch launch title Cupcake Dungeon.

I got talking with Jens [Begemann], CEO of Wooga, and it was clear we had a similar vision for the potential of the wearable games market in the future.

While we can’t say for certain that smartwatches will be the next big platform, we believe in the Apple Watch and its potential.

It made sense at that point for us to join up and I moved to Berlin to head up a new Smartwatch division within Wooga in late 2015.

Given the small size of the current Apple Watch/wearables market, why is Wooga so bullish about wearables gaming?

Given the incredibly competitive and fierce nature of the mobile market, it’s pretty important to explore new spaces and opportunities in the market.

While we can’t say for certain that smartwatches will be the next big platform, we believe in the Apple Watch and its potential.

At this stage our approach is to build our expertise on the platform and explore what kinds of games work, what approaches are best suited to the way owners use the watch and establish ourselves as an industry leader.

Wooga is best known for match-3 games but has just announced a mid-core studio, so where should we expect its wearable games to sit on the spectrum?

One of the reasons we’ve invested like we have in smartwatches is how closely we feel the audience will align with the audience from Wooga’s previous casual hits like Jelly Splash, Monster World and Diamond Dash.

Players who enjoy that kind of fast, quick interaction will translate to play on the watch very well.

A big story right now is virtual reality. It’s an exciting platform but one where there’s a lot of audience overlap with PC gaming and not so much with the casual mobile games that we at Wooga specialise in.

We believe the casual mobile audience is more likely to invest in a smartwatch than a VR headset.

More generally, what do you think makes for an engaging wearables game?

A combination of having the ability to play in very short sessions, as short as 5-10 seconds, very simple user interactions which are mostly UI-driven and a series of wait-limited core loops will form the DNA of a hit wearables game.

Respectful use of notifications is key to an engaging smartwatch gaming experience..

Clever and respectful use of notifications is also key to an engaging smartwatch gaming experience.

The fact that you can quickly glance at a notification and perform an action or choice right there without having to pull out your phone or unlock your device can be very powerful.

Many of the wearables games have been companion apps to existing iPhone games. Do you think that's a good way to approach the market and will you be supporting any Wooga games in that way?

Simple companion apps seemed like the easiest option when Apple Watch was first announced, but I’d question how many of those companions for existing games actually provide any added value.

The two most successful games on smartwatch so far have been watch-only games - Pixel Miner on Pebble and Runeblade on Apple Watch.

I believe that the games which become hits on smartwatch will be vastly different from those on smartphone and will need to be designed specifically for play on that platform.

The first game to be released by the new smartwatch team at Wooga will be Farm Time, and it is designed exclusively for play on the Watch. It could be ported to allow play on a smartphone, but it wouldn’t be as great an experience, as it’s designed around the usage patterns and interactions players have with a smartwatch, not a phone.

Right now we are 100% focused on smartwatch-first games at Wooga, as we try and find the experiences which best fit the platform.

Finally, what do you think will be the event that ignites the wearables market in terms of install base?

Improvements in software and second generation hardware from Apple will accelerate the market.

I believe it could be the third generation of Apple Watch when the install base starts to grow exponentially, and by that point Android Wear could also show significant growth with new devices and OS enhancements.

It wasn’t until the iPhone 3GS that smartphones became a mass market device and mobile games really took off. I believe wearables, and smartwatches in particular, can follow a similar path.