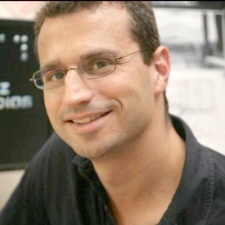 Hi-Rez Studios, the developer of popular PC and console MOBA and eSport Smite, dipped its toe in the mobile gaming waters by launching Jetpack Fighter in January.

Billed as having eSports ambitions, and backed by a studio who has made it work on PC and console, its launch turned heads in a mobile industry abuzz with talk of a competitive gaming boom.

But what has Hi-Rez learned from its first, tentative steps into the mobile gaming market, and what changes can we expect?

PocketGamer.biz caught up with COO Todd Harris to find out.

“Jetpack Fighter is our first mobile game, so we've been learning a lot,” Harris begins.

“It's still iOS only right now, but the team is working towards beginning a beta process on Android… That's important to get out there because a lot of people have been asking for that.”

Continuing with the same development philosophy as Smite, Jetpack Fighter is also being primarily shaped by the community.

Surveys and player feedback are the principal tools for informing what should be changed or added, and recent updates are evidence of this.

“The number one theme is that people wanted better gear to collect, and we'll be combining that with more challenging content,” says Harris.

Jetpack Fighter is our first mobile game, so we've been learning a lot.

Indeed, the team has been hard at work on providing additional, more challenging content for the most hardcore of players - a validation of the game's core potential, and the fact players are engaging with it.

However, player feedback also revealed that the competitive element of Jetpack Fighter - so crucial to the vision of Harris and his team - was getting somewhat lost in translation.

The leaderboards and competitive features were “a little bit hidden,” he reflects.

“A lot of people didn't even really know it existed - you had to discover it.”

This has, however, been addressed in the April community update: “There's been some work done to improve the visibility of leaderboards, and the ease of challenging other players.”

In the West now people have an idea of competitive pro gaming.

In some corners, Jetpack Fighter has been received in the same spirit as the competitive, score-chasing arcade titles by which it's so clearly inspired - Harris reports a few requests to host Jetpack Fighter tournaments, for example - but he feels the game's not quite ready to be an eSport yet.

But maybe no mobile game is.

Comparing the current landscape for mobile eSports to the early days of competitive gaming on PC, Harris states “it is not as developed as PC eSports were even then.”

However, he adds, “at least in the West now people have an idea of competitive pro gaming - it's at least out there in the culture.”

So, will Supercell's Clash Royale - the first official tournament of which was held in Helsinki on 16 April - be the one to crack the market?

“It's certainly a very well-designed game, and it has that potential,” considers Harris.

“I think with mobile eSports, it's just about the right game, designed around the strengths of the platform, at the right time.”

“I think there is an opportunity for a faster-paced, real-time, synchronous game - we obviously didn't choose that for our first mobile game - but looking at Asia, we're seeing some these titles rise to the top in terms of popularity which means eSports probably isn't far behind.”

Harris goes on to explain that Asian gaming trends are often the predictor of what happens worldwide, and that mobile is a great example.

In countries such as China and Japan, there is often said to be more intersection between those who play console and mobile games, without many of the value judgements based on platform that still occur in the West.

In the Philippines, for example, Clash of Clans is an established eSport with prizes of up to $50,000 for the best players.

What's happening in Asia is a sign of things to come.

“It's a sign of things to come,” says Harris.

“Asia was doing online PvP games first, and it was the Western players who weren't doing that. Asia went free-to-play first and the West had a stigma. Now mobile carries something of a stigma, but I think it's kind of inevitable [that will disappear].”

Of all those that have been touted as potential mobile eSports, Jetpack Fighter is an obvious outlier. Vainglory and Call of Champions have gone down the MOBA route, and Clash Royale has since put synchronous PvP firmly on the mobile agenda.

Why would a company like Hi-Rez, with obvious experience in real-time MOBA action, go for a high score-based approach for its first mobile game?

Part of it is an attempt not to “de-emphasise” its core PC and console business. Instead, Harris describes Jetpack Fighter as “a unique way to learn about mobile gaming.”

Another factor is that the “aesthetic and design goals were more influenced by old-school arcade leaderboard battles, preserving that spirit, and seeing if there's a mobile audience that gets into that in the same way.”

And now, with competitive leaderboard play brought to the forefront more than ever in the April update, there's a much greater chance of recapturing that.

Jetpack Fighter is operated by a separate team within Hi-Rez, Harris reveals, as distinct from the core Smite team.

For this latest update it's been about an 18-person group working on Jetpack Fighter.

“We move resources around, but for this latest update it's been about an 18-person group. It's a sizeable effort on new content, and working towards Android support,” he says.

Hi-Rez hasn't yet leapt with both feet into the world of Machine Zone-level UA budgets and the like, but it is experienced in F2P on PC and, in the longer term, is “definitely interested” in strengthening its UA and analytics specifically for mobile.

“User acquisition is not that different on the PC side, but we just don't tend to allocate a lot of budget to directly buying users that way,” Harris explains.

Now Jetpack Fighter has been out for a couple of months, and is starting to take shape with the help of its community, Hi-Rez is closer to realising its vision for mobile than ever before.

Whether or not the success proves a success, however, remains to be seen.

Jetpack Fighter, complete with its April update, is available on the App Store and is due to arrive on Google Play imminently.