The background and inspiration behind Fetty Wap: Nitro Nation Stories 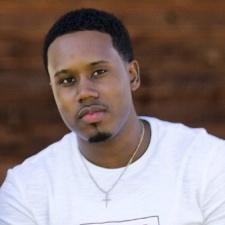 Some may have been surprised to see the news that Fetty Wap is set to join the likes of Britney Spears and Demi Lovato by getting his own mobile game.

Indeed, the hip-hop artist is a far cry from the range of Glu-approved celebrities, but his game will also reflect that.

Not only did the announcement come out of the blue, but very little is known about its New York-based developer Moor Games.

To find out more about the developer and its vision, we reached out to co-founder and CEO Davon Robinson.

PocketGamer.biz: Fetty Wap: Nitro Nation Stories is the first game from Moor Games. Can you give us a little more background on the company and its ambitions?

We started the company in 2014 with the goal of partnering with influencers who have a large multicultural following and creating unique gaming IPs around their image.

How were you introduced to Creative Mobile, and why did you decide to partner with them for this project?

Our goal is to partner with influencers who have a large multicultural following.

We were searching for a strong publisher that had great deal of experience in the mobile racing market, and CM fit the mold perfectly.

We loved their approach and the interactivity of their product offerings, so we reached out. Luckily, they saw value in Fetty Wap and our overall vision.

Why do you feel Fetty Wap is a good personality to build a game around?

Great question! Fetty Wap has a distinct brand image that people worldwide adore and gravitate towards.

If you do a general search for “Fetty Wap,” you may find people posting a receipt that came out to the total of $17.38 [1738 is the name of Fetty Wap's crew] or see people mimicking one of his infamous catchphrases such as “Yeah Baby!"

Being fans of Fetty Wap, we loved the uniqueness he brought to his music and based on his record-breaking singles, everyone else felt the same.

He is someone who can either sing or rap an entire song, which showed us that he had a great deal of versatility.

He is also someone who consistently interacts with his fans via social media, and his user engagement rates were among the highest in the industry.

Fetty Wap's user engagement rates were among the highest in the industry.

Lastly, we noticed that he had an affinity for street racing culture, whether it was driving one of his supercars or doing tricks on his dirt bike. As we followed these trends, we realized that Fetty had a personality like no other.

An A-list talent who could sing, make catchy music, laugh with fans on Snapchat, and could do donuts in supercars and tricks on 4-wheelers. All of the aforementioned made it easy for us to create a mobile game around him.

Leveraging the pulling power of celebrities has been a trend in mobile game development for a while now. Do you see this continuing, and is it something you're committed to as a company?

Culture, culture, culture. That’s what this is all about. The trend will absolutely continue, but the bottleneck will always remain the same.

Execution is the key to success. Simply throwing a celebrity into product nowadays doesn’t work. We’re too spoiled as consumers and demand great products, no matter who is selling them.

We think there is a definitely a formula when choosing the right celebrity and we also believe that there is a big need in the mobile space for artists with large, multicultural followings.

Our overall goal is to eradicate that last sentence.

Can you explain a little more about how real-world rewards work in the game, and do you feel that this kind of tangible reward is the next step for celebrity/brand tie-in games?

Absolutely! Users playing the game will have the opportunity to win real rewards for virtual achievement.

Usually, a user’s digital prizes are constrained to the app with which they are offered. We’re changing that by offering tangible prizes for top players.

There will be weekly prizes offered through the 'Underground Tournament' segment of the game and also a chance to maybe meet Fetty in the future. We can’t say much more at the moment, but definitely stay tuned as Fetty is interested in making some new buddies!

Secondly, we’ve mostly been talking about the consumer benefit, but the other focus is the brand we’re handling. Influencers benefit, too.

The reason we’re launching worldwide on multiple platforms and in multiple languages is to help grow the Fetty Wap brand. Weekly prizes also afford an influencer access to offer real fans all over the world physical representations of their brand.

This is a mutually beneficial approach that we feel will soon become an expectation rather than an added bonus.

Users can tell the difference between drag-and-drop and full brand integration, and we want to be on the positive side of that spectrum.