How it got started and plans for the future 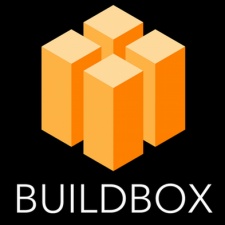 No matter your opinions on drag-and-drop game creators, you have to admit that they are responsible for some impressively successful games.

Consider Color Switch, a game that launched to the top of the App Store free charts, and which only took a week to make in codeless development tool Buildbox by a man who had never made a game before.

To find out more, we chatted to Tiana Crump, public relations at Buildbox, about the development and future of the tool, and how the success of games made with it have helped Buildbox grow.

PocketGamer.biz: There are already a lot of simple-to-use development tools available so why did you think the world needed Buildbox?

Tiana Crump: We created Buildbox after trying nearly all drag and drop development tools available. We found that while most were easier than coding, they were still not easy to use for the average person.

Possibly more importantly, we felt it was difficult to create an Apple Featured worthy game with the software without scripting or coding experience.

Most of these tools seem to fit the hobbyist developer demographic, and we wanted to create a tool that anyone could use.

Our biggest category of customers are graphic artists, entrepreneurs and people who love games, but have never taken a programming course.

How long did it take to develop the first version and how many people worked on it?

At Buildbox we have a team of 15 people scattered across the globe.

We're remote, but most of the team is primarily in the United States, with our headquarters based in Palo Alto, CA.

It took us two years to create the first version of Buildbox, and Buildbox 2.0 took an additional 18 months of development.

With the introduction of Buildbox 2.0 you're adding in features inspired by additions made to Color Switch after it was ported to native code. What new features are being added specifically?

We're lucky to have a great relationship with the creator of Color Switch and also the publishers. We've received a lot of valuable feedback from them.

The first thing we wanted to improve was our loading time.

The first thing we wanted to improve was our loading time. A game like Color Switch in its current state would have taken over 10 seconds to load in our original software, but in Buildbox 2.0 that same game would take only 4-5 seconds.

We also added multiple worlds and make it easy to create different types of levels and challenges as well. This was a huge reason for the longevity of Color Switch's success, and a core new feature of Buildbox 2.0.

The biggest additions are in terms of gameplay. We added new logic pieces like clones, gatekeepers and paths. We also added an object and character component system that greatly expands gameplay. This allows you to create nearly any 2D style of gameplay.

Our founder, Trey Smith, is going to be releasing a new game with Ketchapp very soon that showcases all of these features.

While other development tools are moving to free versions, Buildbox is still a paid-only tool. Why is that?

Releasing a free tool is something we will most likely focus on in the future.

We noticed some other competitors are actually getting rid of their free options, but we do like what Unity is doing as well as some other platforms.

We're willing to explore these options, but we don't have any hard timelines currently set.

Buildbox doesn't include any kind of coding facility for users, instead opting for an entirely drag-and-drop approach. Was additional coding ever considered as a feature, and why did you decide not to include it?

The drag-and-drop approach was always our primary goal. We felt like Buildbox was needed as a solution to help anyone to create a high quality game without coding or scripting being necessary.

Our goal was to create a new product category, codeless development.

Our goal was to create a new product category, codeless development, and build a community around this platform. It's worked well and having coding options has not been a highly requested feature.

With that being said, as we grow we are starting to serve the enterprise market more and more.

Over the next 12-18 months we have some really big plans for the software, and the topic of additional coding has popped up in multiple product vision discussions.

How has the success of games such as Color Switch affected the popularity of Buildbox?

We have seen a lot of increased popularity because of top games being made with Buildbox.

Color Switch was definitely a big one, but we also had another Buildbox game hit #1 of All Apps this year - Damn Daniel, which was made after the popular meme featured on Ellen, was created with Buildbox.

This has honestly been more than we expected and definitely been a huge factor in our growth. It's been an exciting year!

What features would you like to add in future updates, and are there any that your users are specifically asking for?

Unlike most other software applications, we continually update Buildbox and release major new features every month or two based on customer requests.

For example, this week we're releasing an update with Windows UWP support including the ability to export games to Xbox One. Consoles have been a big request and we plan on supporting all three major consoles before the end of the year.

As for long term goals, I can't specifically state what's being slated, but I can say we are very interested in creating massive multiplayer, both in the social realm and also the simpler Slither.io games.

You can find out more about Buildbox via its website.