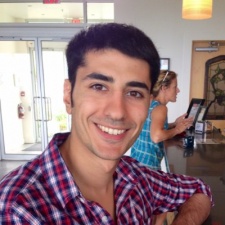 PocketGamer.biz: Tap My Katamari's monetisation model shifted suddenly from an IAP focus to a rewarded ads focus during soft launch. Why did you decide to make this move?

Peter Qumsieh: Initially, we did in fact intend the game's monetization to proportionately focus more on ads than IAPs.

We recognized that the majority of our IAPs at launch were using punishment as a motivation mechanism, which generally resulted in a negative experience.

We shifted away from these types of purchases so to maintain the game's focus on creating a relaxing experience, something players would want to pick up and play after a long day or when they just wanted to kill some time.

Our shift away from purchases was only temporary, we later reintroduced a number of them that focused on creating a positive player experience.

How did you decide on which markets to soft-launch in, and why choose the United Kingdom as one of the markets?

Countries we initially soft launched in are Australia, Canada, New Zealand, and the United Kingdom. Each of these countries are English speaking and have a close correlation with the US market, which is one of our intended major markets.

As Australia and Canada are the two major countries to soft launch in, acquiring players here is the most competitive throughout the world.

As such, we soft launched in the UK as well to lower the overall cost of acquiring players, also resulting in enough installs to get meaningful data from.

Will you continue to experiment with the monetisation model after launch?

Yes. I do not believe you ever really stop experimenting.

We have been using A/B tests to optimize the game's KPIs and the end-user's experience.

If there is one thing the idle genre has demonstrated, it's how effective ads can be at generating revenue without compromising the player's overall experience.

We have players asking if they can watch more ads!

In fact, we have players asking if they can watch more ads!

I think we will begin to see some of the proven mechanics in this genre transition over into other areas of mobile, with ad revenue making up a larger proportion of a game's gross revenue.

As market saturation continues to climb each day, it is likely that developers will begin to rely more heavily on IPs to reduce UA costs and overcome the discovery hurdle.

We might even begin to see more IP crossovers, such as Rovio and SEGA's Angry Birds x Sonic Dash crossover event earlier in the year.

What are you looking forward to seeing at Pocket Gamer Connects Vancouver 2016?

Personally, I am excited to see what learnings and knowledge some of the other studios in Vancouver will present.

You can see all the details about Pocket Gamer Connect Vancouver 2016 via the website.