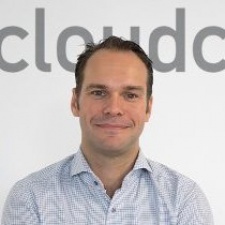 Johan Eile: I think it is really exciting - we are still carving out our spot in the industry. Cloudcade is part of the new breed of developer/publisher that is finding its own way in this extremely competitive market.

We discovered early that the barrier to entry in the top charts and UA were really high and in order to compete we need to focus on making an obsessively beautiful game that pushes conventional ways of mobile game development.

No sprints, no documentation, and no KPIs dictated our conception and pre-production but we had a playable version of the game every weekend and pushed the level of fun to the top.

When you focus on making a fun, beautiful game, the rest becomes pretty simple to address.

When you focus on making a fun, beautiful game, the rest becomes pretty simple to address.

Another example on how we work is that despite being available on seven SKUs globally and in 11 languages, we are still running one code base and all connecting to the same backend.

We are constantly making lower level tools to keep this architecture as we run live ops and expand. Everything that you would "normally" see when making and publishing a game is thrown out the window or put on its end.

To stay competitive today is more then making a good game and I think our team has embraced that approach fully.

We switch seamlessly between integrating user feedback into the game and developing new features that are designed to give hours of fun all while keeping the game accessible to everyone.

With the talent we have and the democratisation of a lot of high-end tools allow us to integrate a very cool mix of cosplay, YouTube, and Twitch into our over all game mix, essentially bringing our A-game to wide and far-reaching audience. We simply work hard to make good things happen.

Give us an update on Shop Heroes. How is the game performing, and what's next on the agenda?

The game is doing really well. We have pretty much doubled our DAU over the last few weeks and we are still maintaining our KPIs which is very cool.

For a while we've also run on webGL, which makes the game super accessible on the web and you will see a major push on Facebook and Kongregate over the next few weeks.

The most exciting thing we are working on right now is an asynchronous PvP battle mechanic that will be released very shortly. This is our largest update since launch.

It will allow you to continue to play Shop Heroes the way you want, casual or core, but with the twist that you can go into the Arena and battle for bragging rights and a lot of special items.

One of 2016's trends so far seems to be an increasing transition towards midcore development. Do you find that encouraging or intimidating?

You cannot really blame people for trying to get into the space. As gamers we want the industry to continue to push the content and tech to make better games and I think a midcore/core does that well.

I think there is a pretty deeply ingrained belief that competition will grow the overall pie and if you continue to excel, you will do well.

The creator of Shop Heroes, Mathieu Rouleau, has been making midcore games before we even knew what midcore was.

So for us, it is probably more of an opportunity to shine in a space that is getting more love.

As a developer who's experienced funding, what useful insights will you be looking to share at PGC Vancouver's Show Me The Money track?

I think we can contribute on a few points including how we have experienced first hand how precious it is to maintain focus on the game and the team during a more active period of fundraising.

You cannot stop and wait for money to come in but focus continuously on moving forward.

You cannot stop and wait for money to come in but focus continuously on moving forward and pushing the boundaries.

Take decisions based on where you are and where you want to go, not based on what you think other people want to hear or what will happen if you secure additional funding.

Another cool nuance right now is that we have seen interest in funding new games but not necessarily companies - a stark contrast to the old VC model.

I think it is a very exciting time to be investing in games and games companies, with lots of opportunities for investors to be involved beyond money.

We are building so much value besides the actual performance of a particular game that the opportunities to work together become really versatile and dynamic.

You can find out more about all the speakers at Pocket Gamer Connects Vancouver here.