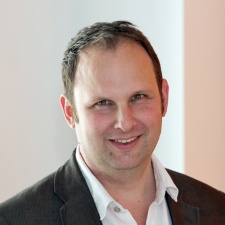 Back in January 2016, Space Ape CEO Simon Hade revealed three of the most significant mobile gaming trends he expected over the coming year.

Now, following the launch of Space Ape's third game Transformers: Earth Wars - conveniently timed just as we approach the midway point of the year - PocketGamer.biz reminds him of his predictions to see if he stands by them.

The first of Hade's three predictions in January was brands driving CPIs.

“CPIs will continue to rise... driven at least equally by big brands moving more of their digital brand budget to channels previously owned by the performance marketers, and as a result majority of new entrants on the charts will be well executed games with well known IPs.”

This was a popular prediction for 2016, and it's widely acknowledged to have come true. It's unlikely that Hade will have U-turned on this, then, especially as Space Ape has just launched a game that leverages the Transformers IP.

“Every month, there's more and more money flowing into the good quality ad channels,” he reflects.

“Anecdotally, looking at your Facebook feed, two years ago it was all games. Now you see more software, services, eCommerce... so the cost of acquisition is definitely being driven up by brand advertisers.”

No surprises there, then. However, when it comes to 'brands', Hade is thinking more broadly.

“We see brands coming to gaming not just in the sense of taking an IP, like you see Marvel, Star Wars, and soon Transformers in top grossing - but also Clash Royale. That's a brand play,” he says.

“Mobile Strike from Machine Zone, they built a brand. Increasingly, you see brand thinking in all of the games' marketing, and that comes in a bunch of different formats.”

It's really hard to build a brand as a startup making your first game.

This ties directly into another of Hade's January predictions, which was that startups will struggle as funding becomes more scarce and publishing deals more common.

He also hinted that we'd see more M&A activity as a result. Again, he sticks by his original prediction today.

“In the last six months we've seen quite a few high-profile acquisitions, so I think we'll continue to see more of that activity, driven by the need to build a brand,” he considers.

“By definition, that's really hard to do as a startup making your first game. So I think we'll see more of that throughout the year, with the King-Activision deal obviously being a big deal in the last six months.”

The third, final, and most questionable of Hade's January predictions was that “at least one Chinese game and one Chinese developer will break into top 20 in the West.”

This hasn't happened yet, but Hade believes that there are signs of it coming.

“I think we definitely will see it,” he says.

“We're still seeing games like Summoners War [Korean RPG which has done $500 million in sales] and other Eastern games do well, and some of the games that have come out recently definitely use mechanics that are popular in China and Korea.”

“So I don't think we've yet seen a Chinese developer really break in - I think there are one or two in the top 30 - but I think there will be more of them.”

A lot can change in 6 months, and perhaps Simon Hade will be able to reflect in January 2017 on a clean sweep on three accurate 2016 predictions.

For now, we'll have to wait and see.

Space Ape on making Transformers: Earth Wars its most accessible game yet