What GSN Games did next 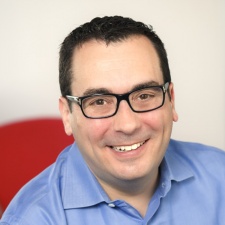 Given his involvement in launching Xbox Live Arcade with Microsoft and as head of Battle.net at Blizzard, it's fair to say Greg Canessa is an expert in online gaming and communities.

Still, it's something of a surprise that he's now working at GSN Games.

Itself something of an oddity, Game Show Network is Sony Pictures Television majority-owned (AT&T is the other shareholder), and is a US TV channel, known for shows such as The Newlywed Game, Bingo America and The American Bible Challenge.

It got into casino TV shows on the back of the poker boom of the mid-2000s; something that resulted in the launch of GSN Games as a web-based social casino company.

Fast-forward ten years, and GSN Games is one of the best-known mobile social casino companies, which thanks to heavy M&A activity, can boast games such as Bingo Bash, GSN Grand Casino and Solitaire Tripeaks.

And if Canessa is to be believed, what he's been working on over the past two years is going to make GSN Games even better known, and a lot more money.

Called Sparcade, and currently in closed beta, it's a portal for real-money competitive skill-based mobile gaming.

Technically, of course, this is nothing new.

Platforms such as Skillz and Cashplay have offered developers the ability to add real-money skills-based tournaments into their games for years.

Why Canessa is so fired up about the opportunity, however, is how Sparcade combines the experience of GSN Games in terms of running real-money events with high profile games, all presented within a single app, which contains the sort of social layers and meta-game progression required to build a strong community.

By adding a competitive element, we can unlock alternative monetisation methods.

In this way, he's careful to describe Sparcade as an opportunity not just for GSN Games, but for the wider industry.

For example, the app will launch with new asynchronous competitive gaming versions of some of the biggest games.

GSN Games has worked with EA and The Tetris Company to develop Tetris Burst, with Bandai Namco for a new version of Pac-Man and Hasbro for a version of Scrabble.

The final game as part of this announcement will be GSN's own Solitaire TriPeaks, with more unannounced titles to be added when the app actually goes live later in 2016.

That will happen first on iOS, with Android to follow.

"What we've seen is that the free-to-play model doesn't work for all genres of games," Canessa explains of the wider vision for Sparcade.

"Puzzle games and endless runners are low ARPDAU, but by adding a competitive element, we can unlock alternative monetisation methods."

Indeed, what's most significant about Sparcade isn't its cash-based elements. Statistically only a small percentage of players are likely to engage with this.

Instead it's the strong social layer and progression meta-game that encompasses all games and activity within Sparcade.

Taking inspiration from Xbox Live's achievement system, Sparcade comes with what Canessa describes as a progression- and rarity-based 'fan' collection system, which will see all players having the ability to collect fans (effectively graphical tokens) of their achievements.

In this way, players who just use the in-game currency for their wagering - playing skill games for real money is only legal in 40 of the 50 US states, the UK, and Germany for example - will still contribute to the wider Sparcade ecosystem.

Spending $1 on a game makes that game more exciting.

And for those who do want to play with real-money, the app will enable them to cash out their winning via PayPal etc at any point.

Despite this, Canessa doesn't think Sparcade is primarily about real-cash gaming.

Although GSN Games and its partners will earn their revenue on a margin from the real-money tournaments, he says the cash is just a way for players to gain more pleasure.

"It's not about money. Spending $1 on a game makes that game more exciting," he argues.

"Adding cash adds to the experience. When you win, it's a reinforcement of your achievement."

You can find out more details as they become available on the Sparcade website.