From engine to ad: How Unity helps you better understand and monetise your players 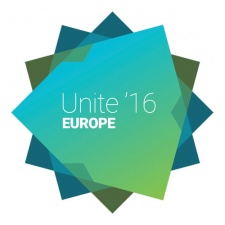 To think of Unity as just a game engine is preposterous – although most developers seem to take that stance.

But to do so would be to ignore the powerful analytics tools that developers can be used to track what exactly their players are doing, highlighting problem areas and letting them act accordingly.

And then there's Unity Ads, which is fast becoming one of the most popular ad services for mobile developers.

It's not hard to get access to these tools – according to John Cheng, General Manager of Unity Analytics, "if you're at all familiar with the editor, you can go in there and flip one switch" to turn on analytics, and another for ads.

"By being able to light up advertising straight from the engine, we really separate ourselves from pure-play networks," adds Julie Shumaker, VP of Business Development at Unity Ads.

It's not just the ease of access that is appealing – there's also no additional SDKs to install, and the ads and analytics can be used together for more effective advertising.

"Instead of making decisions that may or may not be right from third-party APIs about who that player is and what they're doing, we actually know," says Shumaker.

We're able to help developers surface an ad at the right time, to the right person, with the right message.

"We're able to help developers surface an ad at the right time, to the right person, with the right message."

But the biggest advantage of the analytics is that it's focused purely on games, so there's no additional, generic tools that aren't of use to developers.

"Like our heatmapping tools – not something you'd find in a typical analytics package because it's very specific to game development, but we chose to build it out and we've gotten great usage out of it.

"I think going forward you'll see Unity invest even further in tools that are specific for game developers, because we really are aligned with who they are and what they're trying to do."

On the ads side, the future seems to be in rewarded video ads – but only if it's in the right kind of game.

"A card game…you play your turn, there's a transition, non-rewarded ads can certainly play a part there," says Shumaker.

"In games that are deep in the fiction, RPGs, first-person shooters, those kinds of games, rewarded video fits better into the fiction because it's player choice as they go through their experience."

But it's not just about genres – analytics once again plays a part in working out which adverts are going to work on which players.

"The players will actually lead us to what is the right ad experience based on how they opt-in," says Shumaker.

Of course, with all these analytics and ads installed on games, and the ability to see which players are doing what, Unity has access to market information and trends that's based on user data.

Every player is different. You need to understand every player seperately.

And with that, they can identify areas of growth in markets across the world, based on the adoption of Unity games.

Growing around the world

In terms of growing markets, Cheng highlighted Romania as one market as the fastest growing country in Europe for mobile.

"It's got 39% growth rate in terms of installs, dwarfing the 15-18% that you see from established countries, and that's a place that has an adoption of a wide variety of genres," says Cheng.

But as much as Unity can highlight these trends and understand the markets, Cheng is keen to point out that "every player is different."

"You need to understand every player separately, and having deep, granular insights about those players will allow you to treat them in the best way possible."