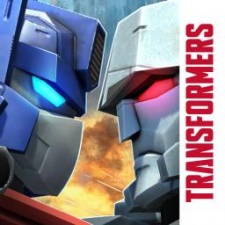 Upon the launch of Transformers: Earth Wars, PocketGamer.biz wasted no time in speaking to its London-based developer Space Ape.

COO Simon Hade and Earth Wars Product Owner Chris White discussed the origins of the project and the effort taken to ensure it was its most accessible game yet.

However, perhaps more significantly, Transformers: Earth Wars is Space Ape's first game to be built around an established IP.

This means that, for the first time, it was a collaborative project.

The story would be incomplete, then, without hearing from Transformers IP holder Hasbro and the game's Hasbro-owned publisher Backflip Studios.

And so, PocketGamer.biz reached out to Hasbro's SVP of Digital Gaming Mark Blecher and Backflip Studios' Senior Producer Josh Campbell to learn more about the project from their perspective.

PocketGamer.biz: I'm told you specifically wanted to bring the Transformers brand into the mobile strategy genre. Why was this?

Mark Blecher: The mobile strategy genre is extremely popular, and we felt the breadth and clearly differentiated characters from the Transformers franchise gave us the chance to create a richer experience than is typically seen from this sort of game.

With Earth Wars, we have incorporated the unique skills and abilities of the brand’s most beloved characters to create a unique, story-driven game that lives up to Transformers' “more than meets the eye” reputation.

Why did you consider Space Ape the ideal developer to team up with for this project?

Josh Campbell: Space Ape is the ideal developer for a number of reasons.

Space Ape has some of the biggest Transformers geeks outside of Hasbro leading the team.

For one, they live and breathe combat battlers which we feel is an excellent genre match for the brand. Their level of passion and knowledge around the genre is deeply impressive and they have proven that in the market more than once.

On top of that, they have some of the biggest Transformers geeks outside of Hasbro leading the team, which is why the game really feels like such an authentic Transformers experience.

What was the working relationship like between Hasbro, Backflip, and Space Ape?

In fact, the teams have been collaborating deeply on business and creative issues on a weekly basis.

To what extent was Backflip involved in the publishing process for global launch?

Josh Campbell: Backflip was intimately involved in the publishing process throughout both the development and launch of the game.

While Space Ape largely owned the design of the game itself, the marketing, UA, and logistics around the launch were very much a collaborative effort between Backflip and Space Ape.

Now that the game is out there, do you feel content with Earth Wars and its place in the wider Transformers universe?

Mark Blecher: We are far more than content. We are excited with the fantastic response we have seen from thousands of fans who have rated the game an average of 4.5 - a great rating in the App Store.

Thousands of fans have rated the game an average of 4.5.

We’re offering fans a new way to interact with the Transformers brand and think that players will love the game’s story and the many iconic characters that are unlocked as they play.

What's your favourite single example of Space Ape integrating the Transformers universe in the game?

There are too many to name just one! The entire game offers something for every fan.

It incorporates some of the franchise’s most iconic characters, features our best-known voice talent (Peter Cullen as Optimus Prime and Frank Welker as Megatron) and includes dialogue written by Simon Furman, who is one of the best known comic book writers for the franchise.

How big a part does mobile play in your strategy for Transformers - and your other brands - going forward? Can we expect more partnerships like this one?

Hasbro is dedicated to building its brands globally through great storytelling and content on all screens.

Digital gaming is hugely important to that strategy, and mobile is at the heart of that because it’s where so many consumers are.

Hasbro is dedicated to building its brands globally through great storytelling and content on all screens.

We will continue to work closely with Backflip to bring our most recognisable brands to the mobile gaming space going forward.

We're seeing more and more mobile games leveraging known IP, which obviously benefits developers in terms of UA. For IP holders, what do you consider the biggest benefit to be?

For Hasbro, the biggest benefit to creating mobile titles inspired by Transformers and our other franchises is the opportunity to give fans a new platform to interact with the brands.

Mobile enables our fans to engage with their favorite Hasbro brands wherever and whenever they like.

How useful, for projects like this, has it been for Hasbro to have a company like Backflip as part of the family?

Their talented team of developers, artists and producers allow us to create quality games that Transformers fans and casual gamers will both love to play.