Why Turbine wants you to see yourself become the villain in Batman: Arkham Underworld

Behind the scenes with Executive Producer Athena Peters 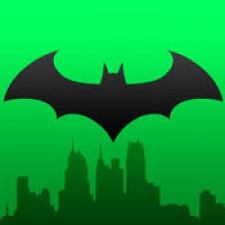 Boston-based studio Turbine has made its name primarily on PC, developing the official MMOs for The Lord of the Rings and Dungeons & Dragons licences.

However, after cutting jobs and restructuring in June, the Warner Bros-owned firm has since switched its attention wholly to free-to-play mobile game development.

As such, Batman: Arkham Underworld - Turbine's first mobile game - presents a significant moment in the company's transition to a mobile studio.

The experiences and lessons learned on this project will be carried over to the next, and will ultimately prove crucial for the studio's overall success in the mobile space.

So PocketGamer.biz reached out to Turbine's Athena Peters, Executive Producer on Batman: Arkham Underworld, to gain insight into the development process behind the game.

PocketGamer.biz: To what extent did your work with Lord of the Rings and Dungeons & Dragons prepare you for working within an existing IP and canon?

Athena Peters: Turbine has a rich history, working with legendary IP for over 10 years.

That has allowed us to understand what it takes to preserve the notable aspects of those brands and deliver the game experience that fans have enjoyed.

Turbine has a rich history, working with legendary IP for over 10 years.

Working with the Batman: Arkham franchise is no different and being able to work with DC and Rocksteady has been amazing.

The most obvious hook for Arkham Underworld is working as a Batman villain for a change. Why did you decide to do this?

From the very early stages of development, we were drawn to the Arkham world, but also from the perspective of the super villain and finally being able to fight back against Batman.

We felt we had a unique hook to build upon and having players being the bad guy looking to rule Gotham City and being able to take control of these iconic DC super villains as they work for you, was simply the perfect way to tell our story.

In particular, The Riddler - often a secondary villain - plays a big role, especially in the early stages. What was your thinking behind this?

The Riddler has always been an integral part of Batman’s lore. Yes, his prominence is sometimes overshadowed by other super-villains, but he is always there.

For us, he was the perfect first super villain for players to unlock. In addition, being able to feature Wally Wingert’s voice talent early in the game helped establish us as an Arkham game experience.

What did you learn from the soft launch experience, and what did you change during this period?

Our soft launch experience was incredibly beneficial for the entire organisation.

We have a very robust roadmap that we want our fans to discover.

It allowed us to test and build upon almost every aspect of development, including game features and balance changes, as well as marketing efforts.

As we moved through the development process, we were always aware of finding a balance between core strategy base builder fans, DC fans, Arkham fans and of course our own take on making this world unique.

What's next for Batman: Arkham Underworld?

We have a very robust roadmap that we want our fans to discover.

The story will continue to progress, familiar super-villains and secondary characters will be introduced and exciting new system features will allow for greater competition among the crime bosses of Gotham City.