CEO Jens Begemann on Fish Time and experimenting with IAP 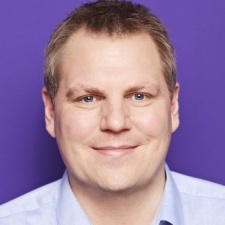 With the Apple Watch now more than a year old, many developers have given up on it as a gaming platform.

The hardware underperformed at retail, offers limited discoverability for apps and has unproven monetisation. In the face of this, it's an understandable stance.

But with the launch of Apple Watch 2 and watchOS 3 fast approaching, one company, Wooga, is hoping that sticking with smartwatch development will pay off as the market gets bigger.

But why are players downloading and sticking with it?

“The most important indicator of success for any casual game is retention,” Wooga CEO Jens Begemann tells PocketGamer.biz at Gamescom, explaining why Farm Time's stats have been so encouraging.

“We have numbers as good as our best mobile games, which is really surprising.”

What is less surprising, however, is the “small number of installs” the game has seen overall - a reality for all Apple Watch games, about which Begemann is very open.

It will be interesting to see how Apple Watch performs this holiday season.

“It's the nature of the platform - it's early,” he considers. “We're very curious about the future.

“This holiday season, for example - maybe new hardware comes out, we know no more than you - but it will be interesting to see how the platform will perform.”

While acknowledging that any revenues generated by the exercise are likely to be limited, Begemann also explains the rationale behind the recent addition of IAPs to Farm Time.

“Our first step was to verify retention,” he says. “Is retention working? Yes. Would this potentially be able to generate revenue if we have enough users? It's only been a week now, so we will see.”

The current Apple Watch setup requires in-app purchases to be made through the accompanying iPhone app, rather than on the watch itself.

This means that at the very least, Farm Time's newly-added IAPs offer the chance to see whether consumers are willing to deal this unusual and convoluted hand-over between devices.

It's about proof of concept. Do people go from the watch to the phone?

“It was about proof of concept,” Begemann states.

“Do people go from the watch to the phone? How many people, if they see 'hey, go to the watch' on their phone, will do that? Those rates seem good, and we will potentially expand on that.”

He also reveals that “the first days were really good” in terms of IAP spend on a per user level, but declines to comment further given how little time in-game purchases have been available.

A benefit of being the lone champion of a platform, besides the obvious spoils to be earned if it suddenly hits the big time, is that the platform holder will often offer support and opportunities in return.

Wooga was invited to WWDC in June to discuss its new game Fish Time, which is set to launch alongside watchOS 3.

“We were very proud,” grins Begemann. “Apple had invited us beforehand and we had our team working with the new watchOS.”

From his account, it seems that watchOS 3 will allow developers to create much more fully-fledged games than were possible on previous versions.

“You've got the animations, you've got 30 frames-per-second… you can do way, way, way more,” he says.

You can create animations on watchOS 3 similar to what you could do on an early iPhone.

“You can create animations similar, I would say, to what you could do on an early iPhone.”

For any of Wooga's hard work on the Apple Watch space to pay off though, more people need to start downloading games for it.

This will no doubt be helped by the Apple Watch 2 and a spike in hardware sales, but Begemann feels that even “a lot of watch owners don't know they can download apps”. So what can be done?

“If you open the normal App Store, then Apple would know that I have a watch,” he considers.

“[Based on this], they could showcase things inside the App Store for watch. That would be an obvious way of making it easier to discover.”

But that's for Apple to decide. For Wooga's part, he adds that “as more high-quality apps come out, there is more of the social element with people talking to each other".

After many Apple Watch game developers have been and gone, few could fault Wooga on its commitment to that cause.