G2A on its ambitions to become a "full-on digital marketplace" 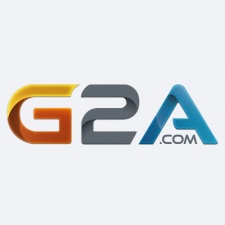 G2A has had an eventual few months, and continues to grow at a rapid pace.

The company runs the huge G2A Marketplace, which has more than ten million users buying games from its service and 250,000 sellers.

Off the back of this, the firm has also launched a mobile app that has surpassed one million downloads, payment solution G2A Pay, G2A Direct for developers and publishers, and is even working on virtual reality.

To this end, G2A has doubled its staff headcount during the last 12 months to now employ 700 people across 25 departments.

The company has its biggest presence in the US and Europe, hence is showing at Gamescom last week.

But it’s also looking to the East to capitalise on the bustling games markets in countries like South Korea and China.

G2A has set up offices in Hong Kong and Shanghai to help crack Asia, and last week sponsored the G-STAR & Pocket Gamer Party at Gamescom 2016, another sign it is eyeing up bigger business in the region.

“Our main markets are in Europe and the United States,” says G2A CEO Bartosz Skwarczek. “But of course we are based in Asia as well in Hong Kong, and also in Shanghai.

Hong Kong and Shanghai are like a gate to the Asia market. Everyone knows the Asian market is growing very fast.

"Both these locations are like a gate to the Asia market. Everyone knows the Asian market is growing very fast. It’s of course very focused on mobile, mostly.”

Though its business has been built upon PC and console, G2A doesn’t plan to sit still in these markets. Skwarczek says it is always looking at what customers are doing and is listening to feedback on how to improve its business.

One way it plans to stay relevant to consumers is through mobile. He explains that mobile is a natural step for the company as it looks to help customers who are searching for easier ways of buying products, and for developers who want simpler ways to sell.

Indeed, it was noted that many countries are mobile-first now. Using the South Korea market as an example, Skwarczek claims that 80% to 90% of people use their mobile devices to play games in some form.

We want to create a very special place: The most secure and user friendly marketplace to buy and sell digital products.

“This is why we want to cover all of these areas,” he says. “We started with PC, that was natural for us. Right now we are developing for not only PC, but also mobile.”

G2A has had an eventual 12 months. As previously mentioned, it has doubled its number of employees to 700 and has launched numerous new services, including G2A Direct.

Returning to Gamescom last week, as it had done in 2015, it also took the opportunity to begin announcing new projects it’s working on. One big piece of news from the company is that it’s expanding outwards from its focus on games, and will also begin offering movies through its marketplace.

On top of this, one of the firm’s most interesting new projects is its work with artificial intelligence. Skwarczek says it plans to use AI to help give customers more personalised content.

With so many projects underway and continued growth, where does Skwarczek see G2A in five years’ time?

“If you were to ask me what is to come in the next five years for G2A, it’s so difficult to say because with our growth tempo - we are considered as the fastest growing marketplace digitally in the world," he says.

“We just want to create a very special place: The most secure and most user friendly marketplace ecosystem to buy and sell digital products. And this one sentence shows where we want to be.”