Mark Peterson on the psychology of an affluent mobile gamer 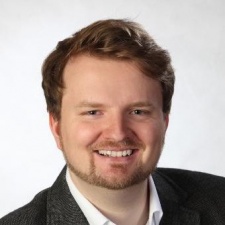 It is well-known that only a tiny percentage of mobile gamers spend on in-app purchases.

It's from that 1-2% that developers make the bulk of their revenue.

The most sought-after players - a marginal subset of an already small group - are those that are willing to consistently spend thousands of dollars on a single game.

But what if you could isolate these high-paying players first and create an experience specifically tailored to them and their needs while still appealing to a wider audience?

That's exactly what Janeious, a new developer with offices in Frankfurt and Dublin, is attempting to achieve with its debut game Fusion Guards.

Takes one to know one

“We were founded by someone we call an ex-1% player,” said Janeious Creative Director Mark Peterson, introducing his company on stage at the Respawn Gathering of Developers in Cologne.

“He's one of the highest-paying players I've ever met, paying five figures monthly in the games he was playing."

This is Romain Schneider, Founder and Director of Janeious, and a figure well-known in the community as a high-ranking player.

Beginning to build an experienced team in late 2015, he set out to leverage his knowledge of high-paying players and their motivations by establishing a game developer that puts them front and centre.

Schneider used his existing, gaming-specific Facebook profile and its 3,500 friends to form the basis of the Janeious group, establishing a community of passionate, wealthy mobile gamers willing to contribute their ideas and financial investment to the cause.

And so, funded by and truly embedded within a community of affluent mobile gamers, Janeious is setting its sights on disrupting the industry with its novel approach.

Curious to learn more, PocketGamer.biz caught up with Mark Peterson after his talk to discuss the Janeious vision in more detail.

Games give these people an outlet. A way of experiencing how life would be without as many social regulations around it.

First off, it's a question many mobile game developers have no doubt asked themselves: what makes a player spending four figures per month on a game tick?

“When I first joined the company, I asked the same question to my boss,” considers Peterson. “What is the one thing that makes up those people? We don't have an answer.

“I've got to know a lot of them in person now… some told me stories that they can't really spend money, even though they have it.

"In their culture, it's not okay for someone to, for example, drive a Ferrari. It's not proper to do it.

He adds: “Games give these people an outlet. A way of experiencing how life would be without as many social regulations around it.”

Every aspect of Janeious' debut title Fusion Guards is designed around this personal understanding of the players it is targeting.

A fundamental point to grasp is the play patterns and lifestyles of these high-paying players, which is why Fusion Guards is set to be a “passive” experience that's heavy on metagame and autoplay.

Another is the fact that just because they're spending a lot, affluent players aren't indiscriminate in their outlay.

“Mostly where they're interested in spending money is directly PvP-focused,” says Peterson.

“They don't mind paying money if it means they get this new unit that will help them compete against someone else.”

But what about those who aren't inclined to spend thousands of dollars? Romain Schneider is keen to clarify that Fusion Guards will have something to offer them, too.

“The game is designed in onion layers,” Schneider tells PocketGamer.biz.

“One layer allows non-paying players to compete and have fun, another adds features for low spenders and the final one is exclusive for high spenders and their friends.”

In fact, with Janeious' high-end focus giving it little incentive to nickel-and-dime players with energy systems and the like, there's actually an argument to be made for its system being more friendly to non-paying users than the average F2P game.

Furthermore, many high-paying users are also keen to extend a charitable hand to those who lack their resources.

If you're a non-paying user, a high-paying user can hire you inside the game.

“A lot of people really like paying for other users, which is really interesting as well,” explains Peterson.

“We have a mechanic where if you're a non-paying user but you play a lot and you're really good, a high-paying user can hire you inside the game.”

This is essentially an account-sharing feature that allows a player to do battle and, with permission, even spend money on another's account in return for hard currency rewards.

All of this, according to Peterson, is a regular occurrence in big F2P games such as Clash of Clans - but Fusion Guards goes one step further in making it legitimate.

Indeed, the core of Janeious' ambition is to create a game that offers value for big spenders over and above what is being offered by the current crop.

For instance, in his talk he lamented that “a lot of games - Clash of Clans, even Transformers [Earth Wars] - take hours, even if you spend money.”

“The reason people are paying is because they don't have time.”

He also went on to discuss the fact that a standard level of (often quite unsatisfactory) customer service for millions of players is failing those who spend most.

Fusion Guards' solution to this is a tiered VIP system that progressively unlocks more and better ways to interact with the development team as you spend more money.

From the horse's mouth

To learn about these grievances common among high-ranking players, and how to address them, Janeious adopts a method popularly known as community hacking.

This, simply, is learning from existing communities by playing other developers' games for a long time and at a high level.

“This community hacking is a big part of the industry now, and almost all the major companies are doing it,” Peterson tells us.

“It's obviously a bit of a grey area… but the important point for us is that we don't want to be in competition with the others.”

User acquisition costs are going up and up and up. We haven't found a new funnel.

It's about trying to find common appeal and learning something about what players want, rather than attempting to lure them away, Pied Piper-style.

For Janeious, being in competition with the dominant free-to-play developers is something it has simply no interest in.

Indeed, its new approach is a reaction against what it sees as the failure of the free-to-play model in its current guise.

“I don't think there's a big crash coming, in that I think it's already here,” Peterson says.

“A couple of years ago, if you had a Facebook ad, then you would have a good funnel. Then it was Free App a Day stuff... now there's somewhere, but nobody seems 100% sure where.

He adds: “That's why the user acquisition costs are going up and up and up. We haven't found a new funnel.

“We think we might have found one approach. We're not sure if it's the best approach, but it works.”

How can mobile developers monetise with "whales" in mind?