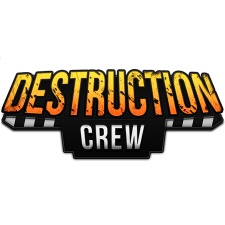 12 years is a long time in mobile gaming.

When industry stalwart and Mobile Maven Richard Hazenberg set up his mobile games studio Lunagames back in 2004, the original iPhone was still three years away.

It's understandable, then, that he should now wish to seek a new challenge.

As of July 2016, Hazenberg has transitioned to a new studio called Destruction Crew. And its first game, the ambitious real-time PvP title Destruction Derby Multiplayer, is already out.

PocketGamer.biz reached out to Hazenberg to get up to speed with Destruction Derby Multiplayer, the Destruction Crew team, and the motivations for setting it up.

PocketGamer.biz: After 12 years at Lunagames, why did you decide to start a new company?

Richard Hazenberg: Our original Demolition Derby Crash Racing exceeded 10 million downloads last year, and there was a strong demand for a multiplayer version from our community.

We decided to assemble the very best team we could to make a true real-time multiplayer version, which is now recently released as Demolition Derby Multiplayer.

We wanted a small, specialised team that could focus solely on this game.

Why did you feel that Demolition Derby Multiplayer was a project you couldn't achieve under the Lunagames banner?

It didn't seem to offer the brand under which we could expand our Demolition Derby games.

We have a highly motivated team that has a stake in the company's future.

With the creation of Destruction Crew, we set the stage for a brand under which we can deliver top-notch multiplayer games.

And, equally importantly, we have a highly motivated team that has a stake in the company's future.

Beyond Demolition Derby Multiplayer, what's the vision for your new studio Destruction Crew? How big is the team?

Destruction Crew was initially a three-person team made-up by its founders Nick Timmer (design), Steven Derks (tech), and myself (business); and we've now expanded the team.

I'm still amazed at what can be done with a small team.

One thing I like about working in small teams is the drive and effectiveness you can achieve if you manage to focus your energy in the right direction.

The company will remain a focused setup in which we continue to perfect the art of real-time multiplayer games in the racing/Demolition Derby-like genre.

Are mobile players and the infrastructure now finally ready for real-time PvP?

For the definite answer, ask me in a year!

Whether the players and market is ready all depends on the game, really.

I'm not sure if real-time is necessarily the winning formula for top 10 games or publishers, but I believe that smaller teams like ourselves should innovate and find complementary strategies to reach their audience.

We basically made what our users requested from the first version; in DDM you can instantly join three other players for a two minute match of car smashing fun. We see an audience for this.

On the tech side, I think we're getting there.

In DDM you can instantly join three other players for a two minute match of car smashing fun.

We wanted to make the multiplayer experience feel like playing offline - gameplay where the physics of crashing and destroying other cars is highly immersive and shared across the network for all players to enjoy.

Using the very latest Unity multiplayer technology with proprietary extensions made it possible to achieve this goal in DDM. I think Unity is doing awesone stuff.

But please download your own copy and judge for yourself!

What has the response to Demolition Derby Multiplayer been like so far?

User feedback has been real strong and as we're validating our technical assumptions during the first month of release we're very pleased with the overall performance and initial organic downloads.

We already have a huge list of feature requests, though, so back to work!

Destruction Derby Multiplayer is available now on the App Store and Google Play.