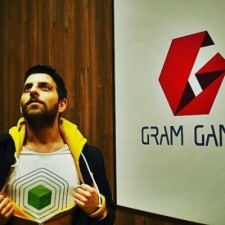 PocketGamer.biz: Between the new London studio, Merged! and the recently-launched Six!, 2016 has been a big year for Gram Games. How do you reflect on it so far?

You’re right, it has been a big year. Honestly, 2016 has been exhausting, but incredibly gratifying.

Our experiences and successes this year have proved that what we’ve worked so hard for here at Gram - our culture, our products - has worked. That we have done well.

It’s amazing to watch the world enjoy our products, which are a direct extension of what we do and believe in here.

Also, these successes prove that this is only the beginning - they’ve given us the momentum to do even bigger and better things.

Each game we produce employs a different UA approach.

For example, for 1010!, since it’s about two years old, it’s all about maintaining steady momentum.

Whereas with Merged!, our approach is all about maximizing ROI positivity. And with Six! - our newest title - the UA approach was all about building hype.

With Six! - our newest title - the UA approach was all about building hype.

As our name and brand have gained more traction the needed approach has organically changed. With Six!, with two other established names, people knew our name so we built on that.

With every game though, it’s about recognizing and seizing opportunity - you only have a couple of chances to hit hard, so you have to hit hard when you have the chance.

Every year, everyone complains about CPIs. This year, we are really working to optimize that, to decrease the cost of users while increasing the quality of user engagement.

Playable ads were a huge success in this area - they have allowed us to really decrease the cost of UA, while allowing users to be engaged.

They were really a huge change for the industry this year.

There was also the rise of universal ad campaigns, like those by Google for iOS.

For 2017, I think that programmatic campaigns, where you can simplify and control all inventory from one end, will be really key.

Please briefly summarise what you plan to discuss in your Pocket Gamer Connects Helsinki talk, and what you hope attendees can take from it.

In my presentation, I’m pretty much going to cover how there has been a UI revolution at Gram Games.

At the beginning, we only had one successful title, 1010!. We were a startup.

As we went on, we learned a ton from experimenting with 1010!, and we used what we learned from those experiences to optimize Merged!.

And, once again, we continued to experiment with both Merged! and 1010!, which helped us in launching Six!, which has already achieved immense global success (we are currently #1 on the App Store).

We have learned from both our successes and mistakes - that is the most important thing.

We have learned that we need to continue to experiment and test, which will allow us to be even more successful with our future launches and games.

What are you looking forward to seeing at PG Connects Helsinki 2016?

As at most conferences, I’m really looking forward to checking out the new technologies, trends, and products on display.

With the gaming industry globalizing at such a crazy speed, these kinds of events are super important to get an idea of the direction the industry is heading, who the up and coming players are, and what the next year is going to look like.