Why keywords are crucial for your app store optimization strategy 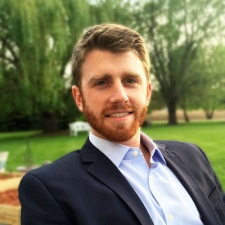 This article is part of the Mobile Games University course: App Store Optimization 101.

Keywords are a key aspect of a successful app store optimization strategy and help increase the number of organic downloads your mobile game or app can accrue.

But just how do you go about keyword optimization and get the most out of it?

We spoke with The ASO Project CTO and co-founder Todd Dunham about the best ways to implement your keywords to get as many free downloads as possible.

This interview took place before the launch of Search Ads on the App Store. You can find out more details about Search Ads here.

PocketGamer.biz: What’s the most important thing to keep in mind when deciding on keywords for your app?

For developers, the latter two are easier determined than the search volume, but it’s crucial to understand that keyword relevancy plays a major role.

If your app ranks #2 for “snapchat”, but has nothing to do with snapchat, you’re probably not going to see much value from it. That being said, even if a keyword is highly searched, it doesn’t mean it’s right for your app.

Competition plays a major factor also, as the best keywords are those with less competition, but still highly searched. It’s important to research the keyword and look at the results to understand who you’re competing with for visibility in that term.

The name of an app is crucial and is one of the most important factors in ASO.

The search volume of keywords is much more difficult to estimate and determine, but developers will gain a little bit of insight into keyword “value” from the Apple Search Ads tool.

How does the App Store differ from Google Play when it comes to keyword strategies?

There are obviously transparencies in terms of the keywords you would like to rank for, but the approach to ranking for them is much different.

As all developers know, the Google Play Store doesn’t provide developers with a “keyword list” like the App Store does. This puts a lot of stress on the app’s title and description, and being that the title only allows for 30 characters, the description carries most of the burden.

The Play Store description is a challenge because there’s a lot of weight in how and when you use the keywords, and the frequency in which they’re used.

In the App Store, ASO efforts generally focus on the title and keywords as the main elements of Search Visibility - for now - and the approach is very binary in terms of: do you or do you not use the keyword?

Have there been any recent changes during the last year that affect how developers and publishers should approach their keyword strategy?

Two factors that I can see impacting the way developers approach keywords are the introduction of Apple’s Search Ads, and the improved review times for an app update.

Previously, for an App Store update, it was an extremely slow process to update and change keywords.

Now that the review times are faster, developers will have more opportunities to iterate and modify keywords/titles.

In addition, the Search Ads toolset will provide developers with some great insight into keyword “popularity” for an improved research process.

How should developers and publishers approach the use of keywords when launching in different countries?

It’s important to understand that a keyword in one country is not always relevant in others, and there may be different slang for the specific term.

As a very basic solution, I recommend that developers do some basic research via a search engine on the terms/countries they’re localising for.

How important is the name of a game when it comes to App Store/Google Play searches?

The name of an app is crucial and is one of the most important factors in ASO.

If you’ve developed an indie game and use the name of a direct competitor in your keyword list, you’re probably wasting the characters.

In the App Store, developers can get a little bit creative by adding some keywords into the title of the app, but in the Play Store, there is much less room for creativity. There’s also an importance to having a unique name, so avoid a title that’s too generic, like “Best War Game” - even though this looks ASO-friendly.

What are some of the common mistakes you see when it comes to game developers using keywords?

Aside from the basics - like duplicates and under-utilisation of the title - I’ve seen developers challenge when it comes to relevancy and competition.

If you’ve developed an indie game and use the name of a direct competitor in your keyword list, you’re probably wasting the characters, because the competition is too strong for there to be value on that keyword for your app.

The best keywords are those that are under-utilised by competitors, but still highly searched.

Just how important are keywords for app store optimisation? Does it really make a difference?

The search function within the app stores is an extremely popular way for users to discover new apps. In some cases, I’ve seen big time install increases from the first optimization focused only on the title and keywords.

Find out more about App Store Optimization through the Mobile Games University.

Mobile Games University - ASO 101: How to make the most out of your app store keywords