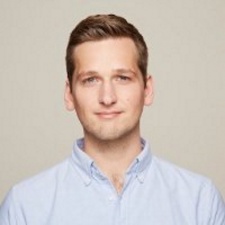 In this entry we chat to Philipp Stelzer, Product Lead on Jelly Splash at Wooga, about the 2013 match-3 puzzler more than three years after its launch.

PocketGamer.biz: With Jelly Splash now more than three years old, how do you reflect on its performance - from launch to the mature title it is now?

Philipp Stelzer: Since it was launched back in August 2013, Jelly Splash has gone on to become one of Wooga’s biggest hits and has contributed a great deal to the company’s growth.

It’s been an important game for us in many ways, but probably the most notable is that it was our very first puzzle game in the match-3 genre.

Since launch we have constantly reworked and rebalanced the game.

We had released successful match-3 titles prior to Jelly Splash, like Diamond Dash, but with its much more competitive, fast paced gameplay there wasn’t a great deal of overlap in terms of what we could apply to future puzzle-based games.

Jelly Splash was effectively Wooga’s jumping off point in the genre and a lot of what we have learned from the game has influenced our future releases.

Since launch we have constantly reworked and rebalanced the game, finding what’s fun for users and also what helps us to monetise effectively.

Now, when we launch a big new feature, we try to ensure that it will benefit other games across Wooga in development.

We launched Bubble Island 2 a few weeks ago and many of the choices they made were influenced by both our successes and failures on Jelly Splash.

How big is the team currently handling live ops on Jelly Splash?

In total we have 15 people working on the game, with a relatively even split between engineers, product managers, level designers and artists.

And one solitary, but hopefully not lonely, analyst.

We have an in-house customer care team which we meet with on a weekly basis to get feedback and work out if there’s anything pertinent that should be looked at or changed.

We also frequently send out user surveys and take an hour each week to take phone calls and talk to our users directly to hear about particular sticking points that they might be experiencing in the game.

There are also those players who have made their way through all 1,200 or so levels who are waiting for things to happen and it’s important to recognise those users; their loyalty and feedback is hugely valued and it’s in our interest to keep them happy.

Wooga has taken steps to ensure global popularity for Jelly Splash, including releasing on KakaoTalk in Korea. How do you reflect on this, and what have been the key markets for the game?

The US and UK are big markets for us, as are China and Russia.

From day one we’ve always put a lot of effort into localisation.

From day one we’ve always put a lot of effort into localisation, pushing for everything to be localised, including in-game assets, as well as creating region-focused maps that might add that little extra level of appeal to relevant markets.

Since we launched we’ve always looked at new opportunities to expand the appeal of the game and push into new markets, like KakaoTalk.

If we could give any advice we’d say that sometimes it’s necessary to look beyond localisation, try to understand the local games culture and apply that to your title.

What steps have you taken to ensure that Jelly Splash maintains a sizeable and active player base years after its launch?

One of the big things that we’ve learned over the course of the game is that there are clearly distinguished types of users and that as they make their way through the game their needs change.

It’s important to bear that in mind when you release new features or balance the game.

For example, a user who starts the game today will have much different expectations than one who has been playing the game for the past three years, as does a player halfway through the levels.

It’s the (very difficult) job of the game designers on the team to meet their different needs.

What we tend to settle on is creating lots of small releases in between, creating a big feature every six months or so.

At the moment, a feature called ‘The Tower’ is our next big feature which will be released this month. It’s a new weekly feature which gives a little extra incentive to users who have passed level 60.

Every week, there will be ten new levels to play through and players can win a reward for reaching the top of the tower.

We hope it will give players something rewarding and achievable to work towards each and every week.

What lessons have you/are you still learning from Jelly Splash? Is there anything about the game that, in hindsight, you'd now handle differently?

When we launched Jelly Splash three years ago, it was one of the first mobile games to properly implement video adverts before it became a must-have component.

Jelly Splash was one of the first mobile games to properly implement video adverts.

That we were a little ahead of the curve is great, but it also means video ads have always had a relatively basic level of integration into the game - it’s not tied into the core game loop and metagame as we would do it nowadays, for instance with Futurama: Game of Drones.

We’re working to change this, but what we’re finding is that new users are more accepting of the changes than our older users, so once again it’s about finding that balance.

Another thing is balancing of the difficulty. We’ve found that the longer a player has been in the game, the more likely they are to accept harder levels.

New users have a different perception of level difficulty and that means balancing levels is a never-ending story.

We’re constantly returning to levels and adjusting various aspects of them. I don’t think that could have been avoided, but it’s important to plan for as you look ahead to the long-term.

Finally, how has your experience with Jelly Splash informed where you are/what you're working on now?

One thing we’ve realised is that having only a single form of in-game currency, like we do in Jelly Splash, makes it very hard to build an economy which allows for more complex features.

That’s one thing we learned that we’ve applied to one of our latest releases, Bubble Island 2.

Another thing we’ve learned from both Jelly Splash and Diamond Dash is the importance of live-ops; having events, running sales, ensuring there is always something for the user to do is really important for the players.

It worked very well in Diamond Dash and it’s something we’ve used to great effect with Jelly Splash.

How Wooga combines segmentation and monetisation along its players' lifecycle

Reply
David Spector President
The following notice appears above the Jelly Splash window on Facebook today: "As of August 6th 2019, Jelly Splash will no longer be available on Facebook. In-app purchases have been disabled but you can continue to play." I found no explanation on the Web.
Posted 2 years, 11 months ago