The beautiful game simplified: the making of FIFA Mobile

Behind the scenes with Senior Producer Todd Batty 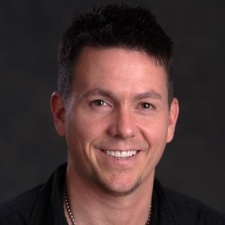 FIFA Mobile represents a big change for the football franchise on mobile.

With previous versions either adapting the console experience or focusing purely on the card-based Ultimate Team mode, FIFA Mobile presents a more considered approach to the platform.

Most notably, it drops the full, sycnhronous multiplayer matches of previous versions in favour of an all-new asynchronous Attack Mode, handing over control only when there's a scoring opportunity.

So to learn more about the thinking behind this and other aspects of the game's development, PocketGamer.biz reached out to Todd Batty, Senior Producer on FIFA Mobile at EA Vancouver.

PocketGamer.biz: To what extent is FIFA Mobile the culmination of your work with the previous two mobile entries, which brought Ultimate Team to the forefront?

We set out to develop FIFA Mobile based on an important learning that previous titles could not be enjoyed by all of our players.

Players around the world may not have access to the latest phones or tablets, and so with FIFA Mobile our objective was to deliver the same premium on-the-go football experience that could be enjoyed by a much wider audience.

When did work begin on FIFA Mobile, and how was it balanced with live ops on mobile FIFA 16?

FIFA Mobile had been in development for nearly 18 months prior to launch.

FIFA Mobile had been in development for nearly 18 months prior to launch.

We have a separate team dedicated to live ops on FIFA 16.

Ultimate Team is obviously a great fit for mobile already, so was there much work required in bringing the model to the platform?

That’s a great question, and bringing Ultimate Team to mobile was a big task for the development team.

Ultimate Team has been a fantastic mode that players have enjoyed in FIFA console games for years.

To deliver a truly mobile Ultimate Team experience, this meant looking at the mode through a different lens and optimising it for the platform.

We focused our attention on building on the most fun and popular aspects of Ultimate Team that could be enjoyed in bite-sized moments.

At the same time, it was crucial for the team to maintain the same level of depth and core functionality so that console Ultimate Team players wouldn’t feel like there was any concession on FIFA Mobile.

What was your thinking behind the new asynchronous multiplayer Attack Mode, and how do you feel it better serves the mobile gamer's needs? Why not synchronous?

When thinking about what we wanted to deliver in a multiplayer experience, we took some learnings from our past games and focused on creating a more enjoyable mode that was better optimised for players on-the-go.

In fact, you would be surprised how few players actually used the synchronous multiplayer mode regularly.

With Attack Mode, disconnects or dropped signals won’t result in lost matches. You can play a session on the bus, continue offline on a subway, and then keep your progress once a connection is restored.

It’s a seamless multiplayer experience without any of the previous barriers that offers bite-sized gameplay that is fun and quick to play.

You would be surprised how few players used the synchronous multiplayer mode regularly.

It also keeps the session length short, since playing a turn of Attack Mode only lasts one to two minutes compared to a full match which can take eight to 10 minutes.

With Attack Mode, we’re optimising the focus down to fun, fast-paced and exciting gameplay sessions.

Do you think a greater emphasis on metagame is needed to increase long-term retention in the modern mobile era?

Absolutely. The top mobile games in the world all have incredibly deep and engaging metagames.

A big part of this depth comes from live content, and that’s why we designed FIFA Mobile as a live service.

With live services, we’re delivering fresh daily content to make for a fun gameplay experience that keeps our players excited and challenged enough to return and keep playing.

The culture surrounding Ultimate Team and its player packs among YouTubers and other influencers has obviously been massively beneficial on console. Do you see the same trend on mobile?

We definitely hope so. With FIFA Mobile being more accessible than ever, this can only strengthen the size and reach of our player base, which is great for building up our community.

We are just starting to see YouTubers creating content around FIFA Mobile, and already have a fast-growing, dedicated community dialled into our social channels, forums and events - including a recent influencer event.

As we deliver fresh new content daily, it gives our players a boundless amount of content to keep them engaged, and YouTubers a tonne of fresh content to stream!

We are just starting to see YouTubers creating content around FIFA Mobile.

We had a lot of fun with the Halloween themed content we recently released and are excited to give our players more of this special themed content in the future.

During development, is there much contact between the mobile and console FIFA teams? Do you think it's important for the pair to complement one another?

Yes, even though we have a dedicated team working on FIFA Mobile, all FIFA franchise teams work closely together to provide fans with a premium football experience regardless of the platform they’re on.

We wanted to create a mobile football game without any restrictions or storage barriers so that it could be enjoyed by a much wider audience.

To achieve this feat our first task was to develop FIFA Mobile into a friendly download size of under 100MB - all while maintaining the uncompromised suite of features, gameplay modes and authenticity that FIFA players expect.

We then worked at getting it to run fast and fluid on as many devices as possible - even those with only 512MB memory.

What did you learn from the soft launch experience, and what did you change during this period?

The soft launch was a valuable exercise that gave us a lot of excellent feedback and learnings that we incorporated into our worldwide release.

We have touched on almost every aspect of the game in some manner - from gameplay tuning, balance and controls to metagame progression, economy balancing, bug fixes and more.

We couldn’t be more excited with the reception of Attack Mode, which has been our highest played mode.

We could see which gameplay modes were resonating best with players, and that has helped shape what you see in the game today.

More generally, how happy have you been with the launch? Any surprises?

We’ve been very happy with the launch, especially the praise from players around the world that can now play FIFA Mobile on a wider variety of devices.

The reception for the live services content has been very encouraging as well as players appreciate the daily content added to keep the experience fresh and up to date.

In terms of gameplay, we couldn’t be more excited with the reception of Attack Mode, which has been our highest played mode.

We took a bit of a risk with the asynchronous vision, and so we’re delighted to see the overwhelming popularity for the mode.

What’s next for FIFA Mobile?

We’re constantly listening to community feedback on our forums and social channels to make sure the experience is suited to what players want.

Not just in terms of gameplay and balancing adjustments, but also collecting insights on player habits within modes and features.

We’re very committed to continuing to deliver a fresh and exciting experience with live services.