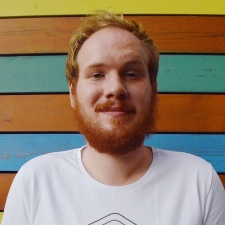 Gram Games may be moving into midcore, but it's built its reputation on creative puzzle games.

1010! was the hit that saved the company, and since then it's gone from strength to strength with the launch of Merged! and Six!

Six!, its latest, burst onto the scene at the end of August and racked up two million downloads in six days.

Like the firm's previous releases, it's an ad-funded title with a simple yet tantalising central mechanic. But what's the story behind it?

PocketGamer.biz: The central mechanic behind Six! is very simple, yet compulsive over long periods. What do you think is the secret to this, and how did you come up with it?

Mark Müller: The original idea came out of our prototype days where one of the designers was playing around with a mechanic for removing objects.

When we were designing the game we tried to focus on allowing the player to play the game in different ways without changing the core mechanic to increase replay ability, and to add an exploration factor to it.

How long did it take for you to have a working prototype resembling the Six! we know today, and how much iteration upon this subsequently occurred?

Mark Müller: It took us two days to get Six! to the fake launch phase, and two weeks to get the version we currently have.

It took us two days to get Six!  to the fake launch phase, and two weeks to get the version we currently have.

I’m not quite sure how many times we iterated to get the final product.

How important was it for the game to test not just the player's logic, but also their reflexes? Was the more arcade-style challenge always intended?

During the development of the soft launch build we decided to allow players to also play it in a more arcade style, so different type of players could play it to their liking.

How big was the team working on Six!, and how long was the total development time?

The total development time was around one and a half months.

How important is UI for a puzzler like Six!, and what did you do to optimise this?

Mark Müller: The UI in general is quite important.

When we designed it, we tried to go with the general conventions introduced by similar games on the market.

Later on we released a slightly different version that matched the UI to our other games.

What was the thinking behind the stripped-back 'pay to remove ads' monetisation, and what percentage of your player base has taken this option so far?

Mark Müller: The reason behind “remove ads” is the user inclination towards selecting such an option that we’ve seen in our previous hit games, as well as in mobile ad monetised games in general.

We are aware that users choose this option to show their support for the games they truly enjoy.

As you might predict, it is not our largest revenue source, but we always appreciate players who invest in the option and have had great reviews in the past from these players on how to improve our games.

How much discussion was there as to your implementation of banner, interstitial and video ads, and have they been generating good revenue?

We are always trying new methods of ad placement and optimise our portfolio with the knowledge we generate with every new game.

1010! established our knowledge on player behaviour and its relation to banner and interstitial placements.

1010! established our knowledge on player behaviour and its relation to banner and interstitial placements.

By way of experimentation and pushing mobile ad tech to its limits, we also learned an enormous amount about ad publishing.

Six!, along with Merged!, represents our venture into rewarded video placement.

We used and discussed many different solutions and opt-in points for Six! and tracked user behaviour to understand player preference with our soft launch.

Every game is unique in its gameplay and you can’t always force certain features without negatively affecting what users like about that gameplay.

We now know the expected difference in KPIs between a rewarded video placement (which gives players direct benefits like boosters or coin multipliers) and secondary benefits like vanity items.

This was unique knowledge we gained from our Six! soft launch, and that we can now carry to our new games.

Speaking to PocketGamer.biz, you explained that Gram Games takes a different UA approach with every game. What's been the approach for Six!

Kerem Alemdar: For Six!, our aim is to create hype for the game. We knew that the game itself had the power (i.e. install rate) to become something that has hype.

So therefore our goal is to become a phenomenon - to be at the top of overall App Store charts in all tier one countries.

How happy have you been with the game's performance so far? Any surprises?

Cem Öcalan: Even though we were always aiming for it, we weren’t expecting such praise from our players, which helped us to stay in the top spot on Overall Top Free charts for weeks.

We are thrilled at how Six! continues to perform.

We are thrilled at how Six! continues to perform, as our third hit game with its unique puzzle / arcade mechanic.

What's next for Six! and Gram Games?

Cem Öcalan: We’re continually adding in new features to give our players new content - there are tons of modes, levels and social features being developed and tested in company.

Gram Games is also adding the London office for IAP games and venturing into new territory. For both offices, we’re hiring a lot of new talent, both senior and junior.

We’re trying to outfit our team with the best possible talent, and that will allow us to remain at the top, even as we venture into new territory in London with midcore gaming.

Every game we publish brings about new insights into production and market strategy - we’re constantly learning, and that’s what allows us to stay at the top of our game. We have to be ahead of the curve.

We’re also pretty keen on being at the edge of the movement when it comes to new trends and frontiers in the gaming industry.

We recently launched The 22% Project - a project to get women more involved in the gaming industry.

Should you want to learn more about how Gram Games makes games, Murat Gürel will be discussing this very topic in more depth at Pocket Gamer Connects London.

The event takes place on Janurary 16th-17th 2017, and tickets are still available.