It's been years in the making, so is Dawn of Titans the turning point for Zynga? 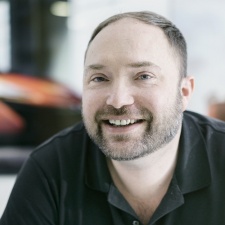 “It is important to say that this is one game, and it’s very, very important, but it’s one game in a portfolio of games.”

After some 21 months in soft launch, and even longer in development, NautralMotion’s action/strategy game Dawn of Titans is finally launching on Android and iOS.

The fantasy game promises users large scale battles with hundreds or even thousands of troops, with players able to play through the game's extensive single-player campaign or dive into the deep multiplayer component and build up alliances with others.

And then there's the title's Titans, large, collectible combatants each with their own special abilities than can turn the tide of a battle, and are sure to be a key draw for the game.

It’s a pivotal moment for the developer and its parent company Zynga, which splashed out $527 million on the UK firm in 2014.

Zynga’s troubles over the years have been well documented, with many in its roster of titles failing to deliver the high returns the company was once accustomed to back in its Facebook hay day.

NaturalMotion on the other hand has been on a different trajectory over the last five years. Its focus on high quality mobile experiences has seen it reel in big successes with MyHorse, Clumsy Ninja, CSR Racing and CSR Racing 2.

Its reliability was enough to convince Zynga to part with so much cash to buy the developer. But now it needs to deliver a big hit – bigger than CSR even - and both firms will be hoping that’s Dawn of Titans.

Though when asked whether it’s make or break time, NaturalMotion CEO Torsten Reil says its future does not rely on Dawn of Titans, success or not.

Obviously we want to do it well, but it’s not one of those things that's a make or break game.

“Obviously we want to do it well and we want it to have longevity, but it’s not one of those things that's a make or break game,” says Reil of the long-awaited game.

“There’s all kinds of things going on at the company, that includes Zynga’s existing games that are very strong in live ops, it also includes our existing games, including CSR 2, which is doing pretty well, and whatever else we have cooking at the moment.

“But I don’t want to downplay it, this is a cool game.”

The long road to launch

Reil recognises the game has been in the public eye for quite some time now, but says the team wanted to take the time to get the game right and “really create something special”.

It’s also NaturalMotion’s first foray into the action/strategy genre, which is already rife with fierce competition. One wrong step could be the difference between success and failure.

To that end, Reil says the studio is taking a player-first approach by building up its community features, such as its alliances, chat functions and other methods of interactivity, as well as providing something different in the mobile space that's also graphically eye-catching.

The team has also taken inspiration from one of the biggest and most famous developers in the world, and one that hails from the UK’s shores.

“We found that if we create something and think about the player first – which obviously sounds like a marketing cliché but I don’t mean it like that – you try and do something cool for them, then commercial success will follow,” he states.

“We learnt this genuinely from Rockstar Games when we started working together with those guys, they wanted to do something cool for the player, and it started with that.

"We’ve tried to do the same thing always with us, whether it was Clumsy Ninja, CSR or CSR 2, and now this game, we want people to think 'wow this is awesome, I can’t believe this is running on my phone'.

We found that if we create something and think about the player first, then commercial success will follow.

“Then we want them to show it to their friends. What that allows us to do is hopefully create word of mouth where people recommend the game to other people and that creates a pretty big competitive advantage because that means you’re not entirely dependent on user acquisition.”

Seeing a demo of the game being played live on an iPad, it’s easy to see the benefits that such a long soft launch period – one of the longest ever – has had for Dawn of Titans.

The team at NaturalMotion has spent a long time optimising the game for various mobile and tablet devices to ensure it runs fluidly – a process that has taken a long time. It’s a point Reil is keen to make during the demo. Powered by the studio’s Echo game engine, it’s clear the game is incredibly slick.

In the player’s home base, from where they gather resources and construct new buildings to build up their army, every effort has gone into making the game look stylish and feek immersive. From the impressive 3D graphics of the maps and battles, right down to the shadows of the people walking around your base, the title smacks of polish.

It also has very few load times, only occurring for fleeting periods when entering battle, something else Reil is particularly proud of for such a graphically intensive game.

For NaturalMotion, developing its own engine made sense over an off-the-shelf third-party game engine like Unity, as it gave the team more control and the ability to push mobile devices to the limit.

And it’s one of the reasons the game has taken so long to release.

“The big pro of your own engine is you have full control over it, the con is that it takes a long time,” he says.

The big pro of your own engine is you have full control over it, the con is that it takes a long time.

“You have to make an engine, you have to keep it up to date, you have to get the latest SDKs into it, that can become household issues that have to be dealt with.

“But for some games, in particular when you go for very high performance, I think you have to do it.”

Other reasons for the game’s long soft launch, according to Reil, include developing algorithms for better matchmaking through its league system, and usability in terms of how people interact with different strategies.

“Whenever you don’t have direct reference, it takes longer,” explains Reil.

“And you go down some paths you know you can improve on, sometimes you think actually no, it’s probably working pretty well, and in other cases, particularly in the UI, we made pretty big changes to make it simpler.”

Reil is positive about Dawn of Titans’ time in soft launch, and believes the time that has been made available to the studio shows an encouraging side to its partnership with Zynga.

He says that shortly after the acquisition, he’d heard from people outside the company that it would now be forced to rush its games out to meet deadlines set by Zynga.

The truth has been quite the contrary, in fact, and extended soft-launches have been the case for both Dawn of Titans and its other recent release, CSR Racing 2.

“I kind of said no, that’s not the deal that we’ve got, we’re still going to make the games that feel right to us,” he states.

“At the same time, obviously there needs to be a sense of urgency, it’s not like we’ve kind of been twiddling our thumbs. But sometimes it takes a while to get something right.

CSR 2 's success hopefully speaks for itself and we believe that gives us the best shot for this game as well.

“For example, I’m really glad that’s what we did with CSR 2. With CSR 2 we also took some time in soft launch, and it was the right decision. The success hopefully speaks for itself and we believe that gives us the best shot for this game as well.”

Reil may play down the overall significance of Dawn of Titans to Zynga’s large portfolio – but anything but a hit will see critics question the value of Zynga’s $527 million deal.

Reil admits it’s “been our biggest game so far”, and the team is already setting the game up for a long lifecycle, one it hopes will be even longer than the four years the original CSR Racing has been running.

To that end, the partnership with Zynga has been invaluable. Reil says one of the things NaturalMotion has always been good at its creating the sizzle and something different, but admits it has sometimes lacked the longevity and management required for live operations.

With Zynga however, that expertise is now on tap, and it’s already got in-game events set up and ready to go.

“In CSR 2 you can already see we’ve improved that quite a lot compared to previous games,” says Reil of the company post-Zynga.

“This was the originally promise of the partnership, genuinely, and that’s what’s coming to fruition, so that’s pretty good to see.”