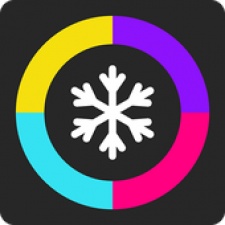 Color Switch is a game with quite the story.

With a viral hit on its hands, Fortafy Games then turned its attention to monetisation via incentivised ads.

And now, the game - which recently hit 100 million downloads - has managed to increase ad revenue by 35% and eCPM by 1.8x.

PocketGamer.biz: Why did you decide to work with InMobi on Color Switch? Have you used InMobi solutions on previous games?

Zeb Jaffer: As we planned to monetise the game, InMobi was always top of mind along with a couple of other ad networks.

However, what shone above the rest was InMobi’s global footprint. I had seen several examples of past successful partnerships with InMobi and knew they would be a perfect fit for us.

What does InMobi offer you that its competitors could not?

InMobi has offered great account management and our relationship has been second to none - being available whenever we needed.

Right ad formats with the right placements helped to ensure user retention as the top priority.

Their rapid scale, product upgrades and seamless user experience helped create an app that would conform with the latest industry norms.

What steps did you take to grow ad revenue so dramatically, and what has the experience taught you about ad-based monetisation?

Our ads were put in sensible places and we tested each with real users to get feedback before full execution.

Understanding the audience, and right ad formats with the right placements, helped to ensure user retention as the top priority, which ultimately helped us scale.

What should developers prioritise when attempting to optimise their own implementation of in-game ads?

Don't think about it from a developer point of view, but instead from a user perspective.

The next step is to find a happy medium that incorporates revenue without intruding user headspace too much.

Run us through the four ad formats you're using in Color Switch, and why each is important.

Every format is important for different reasons and at different stages of the game.

InMobi was able to tailor a mix of each of these ad formats to reach our users in the friendliest way across the different placements.

Ads can help a user by unlocking certain aspects of the game, or allowing them to continue where they left off.

Quick, arcade-style games often have a short shelf-life on mobile. How have you ensured that this is not the case with Color Switch?

Color Switch is just not a short shelf-life game, as you can see!

There are huge things in the pipeline for Fortafy Games.

We have over 2,000 levels and a billion updates to the game to date. Color Switch's Classic mode is extremely addictive and it has amazing game modes and levels designed to keep users hungry and coming back for more.

What's next for Color Switch, and how big a part will InMobi have to play in its future?

At this stage, I am sworn to secrecy but I can assure you there are big things coming in the pipeline for Fortafy Games - in fact, huge!

What we know for certain is that InMobi will be there. It’s a relationship built beyond contracts.