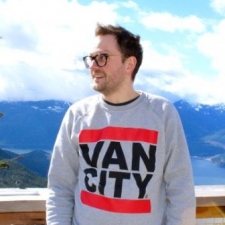 This time, it's Rovio Stockholm's newly-appointed Senior Product Manager Will Luton with his playing habits in the spotlight.

I just went back to Clash Royale again. I had played it pretty intensively for a month or so at soft launch.

Outside of mobile, I also just picked up Overwatch, which is fantastic - but I'll talk about Clash here.

The reason that I churned in the first place, the harshness of the rating system, still isn't fixed.

So I shot through a bunch of arenas destroying opponents, due to balance changes, then hit a brick wall which was pretty disheartening.

I'm a competitive Magic: The Gathering player, so I really like one-on-one zero sum games - especially when those games have elements of chance and skill.

Beating (or losing to) a real human being, rather than an AI or level, is more emotionally evocative than almost any other game experience.

There's so much and it's often very subtle. However, the biggest innovation for me is the energy system, or rather the lack of energy system.

The game never stops you from playing, but it does tell if you do continue you'll not see benefit.

That change makes the stop feel less artificial: you aren't paying to break an artificial barrier, you're paying to continue getting the rewards you earned. This is a groundbreaking innovation.

Easily the Elo-esque trophies system. Going on a losing streak and dropping trophies feels doubly punishing, especially as the skill and deck power range in the match making at later arenas feels so wide.

However, this trophy system is so deeply woven in to the wider meta system I don't think it could easily be removed, so I'm unsure of a solution.

Perhaps not allowing drops below a certain threshold (i.e. for new players) or freezing the trophy score after a loss makes sense.

Certainly. I think the mechanics of Clash Royale are the most discussed in any mobile F2P studio across the globe.

It's essential, although I must confess to not being as active as I'd like.

I have a "to play" folder on my iPhone home screen which has 20+ games, some of which went in about three months ago.

I think this is true of almost every product person in the industry. As a general trend I think it's getting harder and harder to pull players out of their current roster of games and in to something new.

The game has to have a hook.

Taking the crown: the monetisation of Clash Royale

Would Supercell acquiring other studios be a good idea?