Stefan Wittelsburger and Ross Stephens on state of play for TD 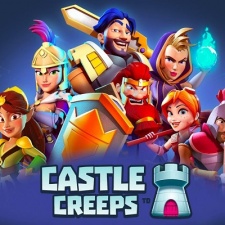 While its DNA can be keenly felt in many of the most successful mobile games, the number of pure tower defence games seems to be in decline.

When pondering the reasons for this, one obvious point that emerged was the changing design focuses has been necessitated by the rise of free-to-play.

However, that's not to say that the two are entirely incompatible, and indeed Outplay Entertainment's free-to-play tower defence title Castle Creeps TD has recently launched and already racked up 1.5 million downloads.

So to learn more about designing F2P tower defence and the current state of the genre, PocketGamer.biz reached out to Outplay Producer Stefan Wittelsburger and Designer Ross Stephens.

PocketGamer.biz: What needs to be considered when designing tower defence for the free-to-play model?

Ross Stephens: We take the time to carefully hand pick our enemy forces. A venerable defence is nothing without an awe-inspiring offence!

So not only will you find our Creeps intriguing, the make-up of waves should be both engaging and interesting no matter how much you are willing to spend in the game.

We also want to make sure all our audience gets to experience all the game has to offer, so we took care to let players have access to every hero we bring to the table, which in turn has really let us push forward what our heroes can do and let them grow more in gameplay and in the story.

Is there still a healthy appetite for tower defence on mobile?

Stefan Wittelsburger: I think players love to be challenged and play visually appealing games. Castle Creeps TD provides both of these elements.

Tower defence is also a natural fit for mobile, more than maybe any other platform.

Our difficulty will make you come back for more. Even if your strategy didn’t work out the first time around, you learn new ways to overcome.

I think this is the core element of all games, since the beginning of gaming history, and tower defence games are right there hitting the spot.

Ross Stephens: Tower defence is also a natural fit for mobile, more than maybe any other platform. It is in-depth and compelling strategy in meaty short chunks.

It favours looking at the big picture of your strategy and adjusting it with easy-to-make inputs.

Finding what works and what doesn’t work and adjusting your game-plan on the fly. Perfect for any Fantasy Commander looking for some strategical expression while on the commute or in the comfort of their own castle.

Some (Fieldrunners, Plants vs. Zombies, etc.) have moved away from the genre. Why do you think this is, and does it mark a new opportunity for games like Castle Creeps to make their mark?

Stefan Wittelsburger: Tower defence games were the ones that made them huge hits.

I think they are looking to try out something new, and are experimenting with new genres. IPs evolve and diversify.

Our Creeps are just beginning, but rest assured, much more is to come.

Ross Stephens: We will continue to trail out new features and game modes in the future which I think old and new fans of the genre will really love.

What are your personal thoughts on the genre's future?

Stefan Wittelsburger: TD has been around for decades, ever since Rampart.

Tower defence has been around for decades, ever since Rampart.

People love trying out a strategy and seeing it succeed. I believe tower defence games have a lot of room to grow and innovate, and through compelling live operations, Castle Creeps TD will achieve just that.

Ross Stephens: At its core, tower defence is one of the most core forms of strategy game you can get.

And as a whole, strategy games have existed for decades in the board game market, long past the days of Avalon Hill.

To this day, it is still one of the most popular core genres on every platform from PC to mobile. I think tower defence will be around for a very long time, and I can’t wait to see what its future will bring.

You can download Castle Creeps TD for free on Google Play and the App Store now.

Where have all the tower defence games gone?