One year on: D3 Go on the evolution of Magic: The Gathering Puzzle Quest 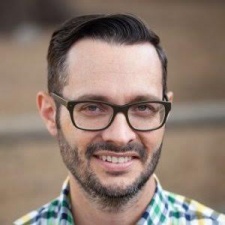 In this entry, we speak to Brian Etheridge, Senior Director of Digital Operation at D3 Go!, about match-3/deck-building hybrid Magic: The Gathering Puzzle Quest.

PocketGamer.biz: With Magic: The Gathering Puzzle Quest now more than a year old, how do you reflect on its performance - from launch to the mature title it is now?

Brian Etheridge: When we first launched Magic: Puzzle Quest, we knew that the team had done an amazing job of translating the trading card game into something that still feels a lot like Puzzle Quest.

We had a solid foundation, but at that time, we didn’t realise that we could keep adding onto the house the way we have.

We had a fun and very different translation of the beloved card game and the vast majority of Magic fans that played it liked our approach to honouring their favourite game.

We have released almost 1,000 cards, six different card sets, a ton of new Planeswalkers and no shortage of new features.

We didn’t have a massive list of features or content at the time. Instead, we did the thing all agile groups aim to do; we added features that the players wanted to see after getting a handle on the base game and saw what players craved.

Now, one year on, we have released almost 1,000 cards, six different card sets, a ton of new Planeswalkers and no shortage of new features and events.

Of course, you always want to release the most feature-rich game possible. But had we done that, I’m sure we would have a handful of features that were underutilised - a bunch of empty rooms.

Right now, every room in the house gets used and the month-to-month growth has been amazing.

How big is the team currently handling live ops on Magic: The Gathering Puzzle Quest?

MTGPQ, as we love to refer to it, has a slightly fluid team of about 30 people working on it at two different companies: D3 Go! and Hibernum.

This includes ongoing development, which we consider part of live ops since the game is growing based on player feedback.

We also have the awesome folks at Wizards of the Coast that feed us a stream of new content, provide critical feedback and support the title.

The team size is fluid as it grows and shrinks slightly depending on the current features being developed.

There is a handful of other folks managing various other tasks, but the core group is about 30 people.

A well-informed and accessible customer support team is crucial for the success of any game.

We have our support team available seven days a week to help assist players that compete in numerous in-game events that we run each week.

A well-informed and accessible customer support team is crucial for the success of any game.

To help keep the team informed, our support team works together at the same location as the QA team and we have found having these teams collaborating at the same location greatly improves the customer support understanding of new features in each update and they in turn can share with players.

This proximity also allows our support team to quickly communicate any bugs that may be found after release so QA can address and share with development for a quick fix.

It’s also important to have the community and social team very involved with the support efforts, as customers tend to communicate in the channels that they are most active in.

Assisting players in the channels that they are most active helps us to get to solutions quicker and hopefully prevents players from being redirected from channel to channel.

In 2017, we will be looking at ways to use various tools to help us improve the overall communication as we are finding many services are making these efforts easier to manage.

When running a live game with an established IP, how much continued input does the IP holder have?

Wizards of the Coast provides continuous feedback and support and has done so for the life of the game.

We have some great tools that Hibernum has developed that allow them to quickly review new art content.

Our Senior Producer, Josh, walks them through all of the new game content to make sure it fits with their vision of either the card set we’re focused on or the Planeswalkers.

Finally, our head of Communications coordinates all our social media with them.

It’s a true partnership and their input is critical to the process and we want it. Fans of Magic: The Gathering are at the core of our player base and we want them to feel the game is faithful to their favourite card game.

What steps have you taken to ensure that Magic: The Gathering Puzzle Quest maintains a sizeable and active player base all this time after its launch?

We have a strong marketing and social media presence on all the usual channels, but in reality, the people that want to play MTGPQ are not the same as the folks that enjoy Marvel Puzzle Quest or Adventure Time Puzzle Quest, so we’ve adapted our strategy.

We maintain an active dialogue with the players in our forums and on social media.

For example, we’ve teamed up with podcasts, streams and influencers that are focused on Magic the TCG, board games and RPGs because we know that’s a great audience for us.

On the community side, we maintain an active dialogue with the players in our forums and on social media.

We love that our lead designers at Hibernum give us a ton of material to take back to the public and give them the in-depth information they ask for.

Strategy is such a crucial part of a game like this and the competitive and hardcore fanbase wants details on what exactly a new Mythic card does or how the latest Planeswalker progresses when leveling up so that they can adjust and build their decks accordingly.

With more than a million and a half downloads, we are the most proud of our retention.

On average, our day one retention is over 40% with several groups of players well above that.

We are still trying to expand our player base well beyond what it is, which is challenging, but for those users that we do find (and those that find us), we know that they are having fun right from the start.

What lessons have you learned/are you still learning from Magic: The Gathering Puzzle Quest? Is there anything about the game that, in hindsight, you'd now handle differently?

We are still trying to bring a larger swathe of people into a game that’s probably a bit more strategic than your casual player wants to jump into.

That’s fine. We would not go back and make the game simpler, but if we had a better way to teach players the basics of the game when we first launched, I think we would have more casual fans enjoying the game today.

We’ve made a lot of improvements and now gradually ease you into the strategy elements that really make the game shine.

There is absolutely nothing like finding that card combination that allows you to totally dominate someone else’s deck. It’s so brutally satisfying.

My personal favorite is a card called Exert Influence, which lets me take the other player’s creatures and use them against them. It’s like pulling off someone’s arm and beating them with it.

Finally, how has your experience with Magic: The Gathering Puzzle Quest informed where you are/what you're working on now?

Between Magic: The Gathering Puzzle Quest, Marvel Puzzle Quest and Adventure Time Puzzle Quest, we learned that there are lot of people that can get into the Puzzle Quest style of game and that they range from younger, more casual players all the way up to older, hardcore gamers.

If we’ve taken one thing away from this, it’s that puzzle RPGs are everyone’s cup of tea. We want to bring the joy of matching gems and growing your own awesome squad of characters to everyone.