Pocket Gamer Connects London 2017 spotlight: DCMN on why TV can be a key part of your marketing strategy 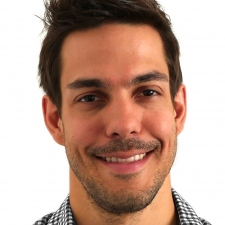 Pocket Gamer Connects London is kicking off 2017 in style on January 16th to 17th.

Not sure which sessions to head for? We're shining the spotlight onto our speakers to provide a deeper look at the personalities who will be taking the stage.

Andreas Peltret is International Business Development Director at DCMN, and will be taking part in a power panel at Pocket Gamer Connects 2017 called 'The Global Markets Power Panel' on January 16th at 3:20pm.

PocketGamer.biz: What do you see as the markets with the biggest potential for developers?

Andreas Peltret: We see the biggest potential in Western Europe, the US, Canada and Australia because of the behaviour of the users in these markets: people there are used to spending money on games.

Asian countries are also very interesting for developers, however unless you are based there it can be tricky.

In general, it depends on where the developer is based. A Western company is likely to find entering a market like China quite tricky because language, user behavior, cultural understanding and the structure of the market can all be barriers.

The Chinese market in general is very competitive with so many apps launching daily, and with high marketing budgets. Western companies often cannot compete with them.

What platforms offer the greatest marketing opportunities? Or does it really depend on the project and its goals?

It definitely depends on the project and its goals. The project and the goals help you define the marketing opportunities, which you might need if you have a very niche target group.

Where you have a very core target group, like for a core strategy game, then it makes no sense to do a broad marketing campaign there.

You need to look at where you can attract your target group and get them into your game, which ultimately will depend on the type of project and the goals you set.

When setting up a campaign for a brand, what are the key things developers need to know and act upon to make it a success?

Assuming this campaign is taking place after the soft launch, they should know the behaviour of the users which might lead to their app. To set up proper campaigns for your brand or app, the developer should know how their users are behaving and the engagement of their users to predict the outcome of the success of the campaign as accurately as possible.

Quite simply, you need to know how users are behaving within the app to understand your in-app KPIs and make your campaign a success.

What major trends do you predict for 2017?

Just today Nintendo announced its upcoming Switch console, which is very revealing for what’s coming in 2017.

Over the next 12 months, we will see the gaming and mobile industries becoming even more closely aligned. The idea of the Switch console is that you can play at home on your TV with full HD on your screen, but then you can also remove your “Switch” for using it on the go.

And when you return home, you put the Switch into a dock for playing it on the TV screen. This makes the whole lifetime of the user much longer than before because there is almost no reason to stop playing.

So, the whole industry in terms of games is growing even more closely together, with almost all brands present on every device. We saw this already with the launch of Super Mario Run on mobile last year and it will be a major direction for 2017.

From a marketing perspective, we also realise that for the past couple of years, TV has become more and more important for apps in general. TV marketing is what works best for games. This is something we expect to see continue, and accelerate, in 2017. TV is now a general must-have for your media strategy when it comes to games marketing.

What are you looking forward to seeing at Pocket Gamer Connects London 2017?

This is my first time at Pocket Gamer Connects and I’m super excited to meet a lot of industry colleagues and to see the upcoming trends in gaming.

It’s also very exciting that VR Connects is being held alongside PG Connects so I’m looking forward to seeing what’s on the horizon for the VR and AR industries as well.

Century Game: A new opportunity for casual gaming in China and in the West