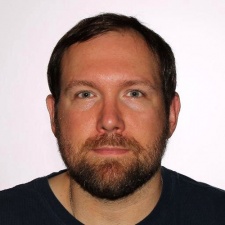 Philip Hickey is a former professional basketball player turned award-winning marketeer. Currently, he is responsible for marketing and communications at Seriously.

From working with PewDiePie to partnering with a football club, Finnish studio Seriously has become known for its creative marketing efforts.

It's a strategy that has worked well too, paying dividends in terms of both downloads and revenues for its titles Best Fiends and Best Fiends Forever.

It was later named a winner at the YouTube Ads of the Year.

As such, to discuss the making of the advert and Seriously's UA strategy more generally, PocketGamer.biz reached out to the firm's SVP Brand & Marketing Philip Hickey.

PocketGamer.biz: Tell us about the origins of the 'Don't Download Best Fiends' advert. When and how did the idea arise?

Philip Hickey: We created the 'Don’t Download Best Fiends' video as a love letter to our fans.

We receive countless letters, messages and posts from our fans about how much they are obsessed with playing the Best Fiends mobile game.

A lot of fans were posting in the Best Fiends community warning others to not download the game because it’s fun and quite addictive.

When did production begin and how long was the process?

Production took a year. It started with finding the right writing partners (Jay Berry and Marc d’Avignon) and crafting a script we loved.

Once we had a script in hand, the next step was finding a production company to partner with (Radical Media) and a company that could edit and finish (PS260).

Next, it was finding a cast and negotiating with the stars of the video. All in all, it was a long and important process that a small company like us needed to get right every step of the way.

When it comes to casting famous faces, how important is it to strike the right balance? Did you always have Kate Walsh, Rosanna Pansino and Joey Graceffa in mind for the lead roles?

We wanted to reach different demographics as Best Fiends is for all ages - so we combined a traditional celebrity with leading YouTube talent.

We wanted to reach different demographics so we combined traditional celebrity with YouTube talent.

Rosanna Pansino and Joey Graceffa were already fans of Best Fiends so it was a natural fit.

Kate Walsh resonates well with our audience and is well known for her role on Grey’s Anatomy where she played a doctor, so she was a great fit for the role in 'Don’t Download Best Fiends'.

Any advice for other games companies looking to work with celebrity actors/personalities?

When working with influencers, it's important to ensure that they are a natural fit for your brand.

Influencers we have worked with are fans of Best Fiends and they resonate well with our audience. Influencer campaigns also work best when you allow them to have creative freedom.

We’ve also found influencers get excited when they are integrated into the game.

For example, as part of the 'Don’t Download Best Fiends' campaign, we released an in-game update which featured the World’s Biggest Mobile Treasure Hunt in Best Fiends, where Kate Walsh, Joey Graceffa, Rosanna Pansino and 12 more of the biggest YouTube stars such as Rachel Levin, Fine Brothers and VanossGaming each hid personal themed symbols in the game for players to find.

Players that found all 15 symbols won a new character in the game.

How significant is it for Seriously for it to be featured as the 2016 YouTube ad of the year?

Winning the award is a huge honor for us and we couldn’t have done it without our fans.

The video was produced entirely in-house without outside agency support, so it was a really great accomplishment to achieve.

This isn't the first time Seriously has worked with influencers in creative, unorthodox campaigns. How important is this for your overall strategy?

Influencer marketing is a huge part of our marketing strategy at Seriously.

We spend up to 90% of our marketing budget on influencer campaigns.

We spend up to 90% of our marketing budget on influencer campaigns and we’ve found a lot of success in working with influencers both in downloads and in building the Best Fiends brand.

How do you endeavour to ensure good ROI on these campaigns and otherwise minimise risk?

It's important to have clear objectives and track results back to your goals.

We created this video in conjunction with a massive, direct tie-in to the influencer treasure hunt campaign that helped drive ROI.

Since we’ve been doing a lot of influencer campaigns over the last few years, we’re constantly improving and able compare previous results to current results.

Can we expect Seriously's marketing to maintain the same creative focus in 2017?

Absolutely! At Seriously, we challenge ourselves to be as creative in our marketing campaigns as we are in our game design, story, characters and world in our Best Fiends games.

We have a lot of exciting campaigns planned for 2017. Stay tuned!

Seriously on giving influencers the creative freedom to promote your game

Video: Seriously on how YouTubers are the future of UA