CEO Yonatan Erez on working with the girl group 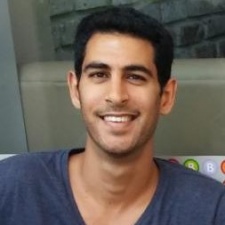 The firm, which is best-known for its Bubble Shooter games and maintains an intense release schedule, is branching out into the celebrity game category for the first time.

To learn more about how the strategy behind the move and how the partnership came about, PocketGamer.biz reached out to Ilyon CEO Yonatan Erez.

PocketGamer.biz: How did you first come into contact with Idollz, and how did the partnership between the two companies come about?

Yonatan Erez: Six months ago, Idollz was seeking a strong technological partner and they met with several potential collaborators.

A short introduction was all we needed, the chemistry was there from the start and we immediately started working together.

How exactly does the partnership work? Is it a co-development?

While Idollz holds the connection with Little Mix and the license to publish a mobile game for the band, Ilyon Dynamics has the knowledge of developing successful mobile games.

Based on this, both companies came together to develop and publish the game.

We (Ilyon) have a dedicated team of artists, mobile developers and game designers that work on this game and cooperate with Idollz on the different aspects of production.

A celebrity game is a slight departure from Ilyon's usual output. What will be your approach to this?

Celebrity mobile games and games with the presence of celebrities (Kit Harington in the latest Call of Duty game) is a big trend in the gaming world.

Although it is our first celebrity game, from our point of view, the core of producing this game is still the same - it has to be fun so players will enjoy playing it.

Secondly, you have to create an exceptional experience for the fans.

Meaning, the game isn’t based only on great design, but also will communicate to the band’s fans a special feeling and connection that is relevant to them.

For example, if you are a fan of Gordon Ramsay, you’ll surely appreciate that in his mobile game (developed by Glu) he is constantly shouting at you.

How will Ilyon and Idollz put their own stamp on the celebrity game genre in light of the huge successes of companies like Glu Mobile?

Glu is doing great work with their games. We believe that users worldwide desire new and improved gameplay, design and music and that’s what we intend to provide to Little Mix’s fans.

At the end of the day, downloads and engagement will indicate if we were right.

The close collaboration with the band itself and our understanding of the audience, will help us create a really engaging experience with fun gameplay, great art and really cool music and sound effects.

At the end of the day, downloads and engagement will indicate if we were right.

How much input will there be during development from Little Mix and their representatives?

Little Mix takes a major part in the process.

They not only approve the different aspects of the game, but also participate in creating the game.

Tapping into an existing fan base can be a good way to increase organic installs. Is this part of your strategy and are you likely to work with other IP/brands in future?

Developing a game for an existing brand isn’t only useful in terms of organic growth but is also a “school” in how to create a mobile game that is designed for a very specific audience.

We have to make sure we not only understand Little Mix’s fans, but also what are their likes and preferences and what kind of game will attract them and engage them.

We surely believe that this experience will help us in future projects.

How far along is the development process, and when do you anticipate the game being released?

The game is currently in the last stages of development. Little Mix fans can expect the launch in late 2017.