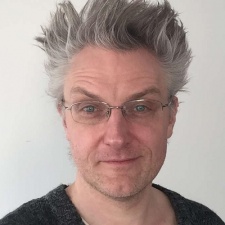 This time, the spotlight is on Paul Kurowski, Game Lead on the upcoming Spymaster at Finnish developer PlayRaven.

PocketGamer.biz: Tell us a little about your current role and what it entails

Paul Kurowski: I’m a Game Lead at PlayRaven. I lead a small team developing new IP for the company.

It’s a shimmering chimera of production, design and communication. I’m responsible for managing development, liaising with support staff and externals, and ultimately for delivering games that align with the company’s strategic goals.

My job is to keep a team of great developers pushing in the same direction and towards a worthwhile destination.

Day-to-day, my job is mainly to keep a team of great game developers pushing in the same direction and towards a worthwhile destination.

I started as an artist on PC and console games about 20 years ago. I was an artist and lead artist for about nine years, and since then I’ve worked in production and as a writer and creative director.

This particular job I applied for because of my interest in mobile free-to-play, because PlayRaven are a company trying to do something different in the mobile space and because Helsinki sounded like a cool place to be.

I’ve never really imagined myself doing anything else other than video games.

Having said that, the specifics of the job are something you constantly have to adapt to, so it’s more like I can’t imagine what I might be doing five years from now.

The market, the technology, it changes all the time - and that’s part of the fun.

I studied English Literature at university. It was zero help getting me into the industry (that happened by accident and luck) but it’s been useful in unpredictable ways over the years.

There’s not really a direct route to this particular role. I don’t see it as the end of an academic track. It’s more an accumulation of experience.

I think it helps to have a solid background in development, because that gives you a better handle on the issues. And you have to like people.

In terms of getting into development, I would say specialised courses are always better than general game courses. Solid skills such as engineering, UX design, data analysis, whatever. Go deep on something.

You’ll learn the specifics of game development on the job, and that learning will never stop.

Tap into a community of experts. The internet is the fount of all knowledge in this regard. It’s not about what qualifications you’ve got, it’s about what you can do.

It never stops changing. The one constant is that people are everything; the people you work with and the people that play your games.

Making games is about collaboration. It’s a broad church, so look for people you like and a project you care about.

It’s hard enough without swimming against the tide. When you find the right kind of creative synergy, brilliant things can happen.

And think about who you want to make games for and why they will care. If you’re not making games that connect with people in some way, then what’s the point?

Specialise in something. Find the thing you like to do and absolutely hammer on it. There’s no short cut, just hard work, so you’d better enjoy it. People with hard skills stick out.

For creatives (which includes engineers) look outside of games for inspiration. We live in an amazing world. Bring something different to the table.

Finally, if you want to be a developer, make games. The tech is freely available, the distribution platforms are there. Nothing says it better than a great personal portfolio.