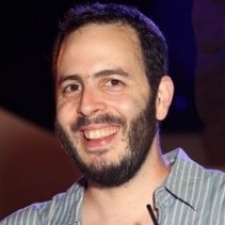 For Israeli studio TabTale, the strategy has always been one of volume.

This has been what's driven it to number one in the kids' games category on mobile, with more than one billion downloads across more than 400 games.

The developer now has the process of releasing a game tuned to a fine art.

It launches a new title every week, cross-promotes across its portfolio and racks up one million weekly downloads on Google Play alone.

This, TabTale's Itai Edry tells PocketGamer.biz at White Nights Prague, is thanks to a “very strong technological platform that allows us to basically create building blocks that you develop once, and then you can play with them".

“[We can] change the art, change the concept and create a whole different game," he said.

As of August 2016, Edry has been Product Owner on what TabTale calls 'super casual games' - essentially, an effort to take this formula that's proven so successful in the kids' space and make it workable for a wider audience.

“We grew up with the kids,” he reflects. “We started out with interactive books and we found that kids are not finishing the books - they're just enjoying playing the interactive parts.”

This was what inspired TabTale's successful move into developing mobile games for children, and the plan now is for super casual games with a multi-generational target audience to keep the kids playing as they get older.

Even Clash Royale is three minutes... with super casual games, in 30 seconds I get a full experience.

But what qualifies as super casual? For Edry, it's about finding games that can be played one-handed, aren't too mentally taxing and can plug those all too brief gaps in a player's day.

“Even Clash Royale, it's three minutes - I can't play it,” he considers. “But [with super casual games], in 30 seconds to one minute I get a full experience.”

From a design perspective, these self-imposed limitations bring about some difficult challenges for the super casual games team.

“I look at it like music notes - you have seven, but the possibilities of combining them are endless. That's the hard part, to find the twist.”

In order to find these twists on familiar mechanics, TabTale's super casual games team is operating “very differently to what we've done before” - not least with a five-person team that's role is simply to prototype all day, every day.

It's early days for super casual games at the studio, but the eventual plan is for these titles to emulate the release schedule of TabTale's kids' games.

TabTale is still setting his sights high for the rest of 2017, however, with a target of 35 super casual game releases for the entire year.

To help it achieve this, it will also be publishing games from external developers - something TabTale has dabbled with in the past, but never before to this extent.

The plan is for two-thirds of that 35 game target to be developed externally and published by TabTale, with only a third developed in-house.

If I find a great game, I don't care if someone coded in their basement or if it's from a big studio.

Edry reveals that 12 super casual games have already been signed up for publishing and are due in 2017.

“If I find a great game, I don't care if someone coded in their basement or if it's from a big studio.”

For TabTale and other companies taking a portfolio approach to mobile game development, the sheer volume of releases is a technique for minimising risk.

As developers are converging on more complex midcore titles with longer development times, it's a safety net that many don't have.

“In my opinion, [casual] is something the company is good at and has developed a very high skill for high volumes of apps,” says Edry.

“We see that apps today, even strong apps, have very low retention when they reach week 17, week 18. So it's risky to invest one year, two years in a game - even if you believe it's the next Clash Royale.”

Looking at TabTale's track record in the kids' category, the portfolio strategy has certainly served it well.

But by simultaneously moving into uncharted territory with broad-appeal super casual games and working with external developers more than ever before, there is obviously still risk involved.

Only time will tell whether super casual games is the right bet for TabTale, but the studio appears keen to grow its audience rather than rest on what has already made it successful.